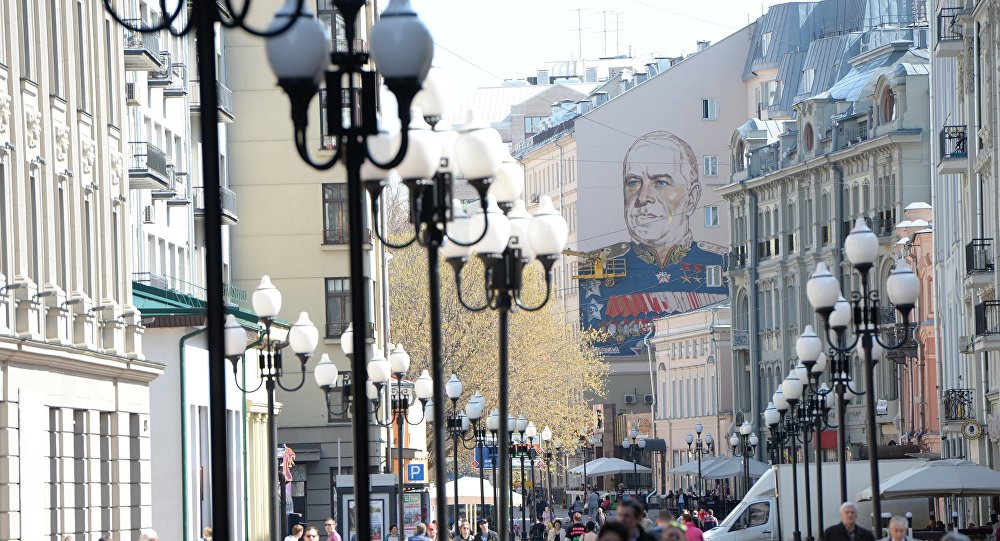 'We Were Fighting to the Bitter End': Marshal Zhukov Recalls Battle of Moscow

Ahead of the 72nd anniversary of the Soviet Victory over Nazi Germany, AST Publishers turned out a collection or war memoirs by leading Russian actors, musicians, journalists and military commanders. The book titled “Immortal Regiment. A True Story,” features, among other things, a 1966 interview by legendary Marshal Georgy Zhukov.

© Sputnik / Alexey Kudenko
Russian MoD Publishes One-of-a Kind WWII Archive Videos
The interview Marshal Zhukov gave to the writer and poet Konstantin Simonov, was supposed to become part of a film dedicated to the 25th anniversary of the Battle of Moscow, fought in 1941.

However, the interview did not sit well with the censors who ordered the footage to be destroyed. Luckily, a copy of that interview was saved.

“The Hitlerites didn’t expect such stiff resistance on our part, and the deeper they moved into our territory, the harder we fought. By the time the enemy approached Moscow we were fighting to the bitter end,” Zhukov said.

He mentioned the heavy losses the Nazi invaders were suffering every day.

During the Battle of Moscow the fields outside Moscow were littered with the bodies of dead German soldiers.

“The number of tanks and warplanes they lost here simply boggles the mind! [Hitler] lost his very best fighters who were literally decimated by our forces,” Zhukov recalled.

Zhukov explained the Germans’ failure to take Moscow by the Soviet Command’s timely knowledge of exactly when and where the enemy was going to launch its main attack.

“When we determined that the Germans planned to advance on Volokolamsk, Istra and Klin, we fortified the approaches to these towns and established a strong line of defense, especially where it comes to artillery and anti-tank forces,” Zhukov noted.

© Wikipedia / Bundesarchiv
ZiS-3 Anti-Tank Gun: Quantity Has a Quality All Its Own, but Quantity AND Quality Are Even Better
“When the battle began we bled the Germans white and forced them into a retreat. Their generals thought that the Soviet Army was too weakened now to defend the capital. They overestimated themselves by thinking they would make easy work of us, just like they had often done before. Their hopes were dashed as the German army was no longer strong enough to break through our defenses at this crucial stretch of the frontline,” Georgy Zhukov added.

The Battle of Moscow, fought in the fall of 1941 and winter of 1942, was the first glorious chapter in World War II for the Soviet Union. On both sides, the Battle of Moscow involved over 3 million people, 22,000 guns and mortars, about 2,000 tanks, and 2,000 warplanes.

The Soviet Army offered stiff resistance to dilute the German offensive, undermine enemy morale, and create all prerequisites for a decisive counteroffensive.

The Battle of Moscow dashed Adolf Hitler’s blitzkrieg aspirations and was the first major debacle the theretofore invincible Wehrmacht suffered in WWII.

PUTIN VISITS TRAINING FIELD WHERE BATTLE OF MOSCOW WILL BE STAGED