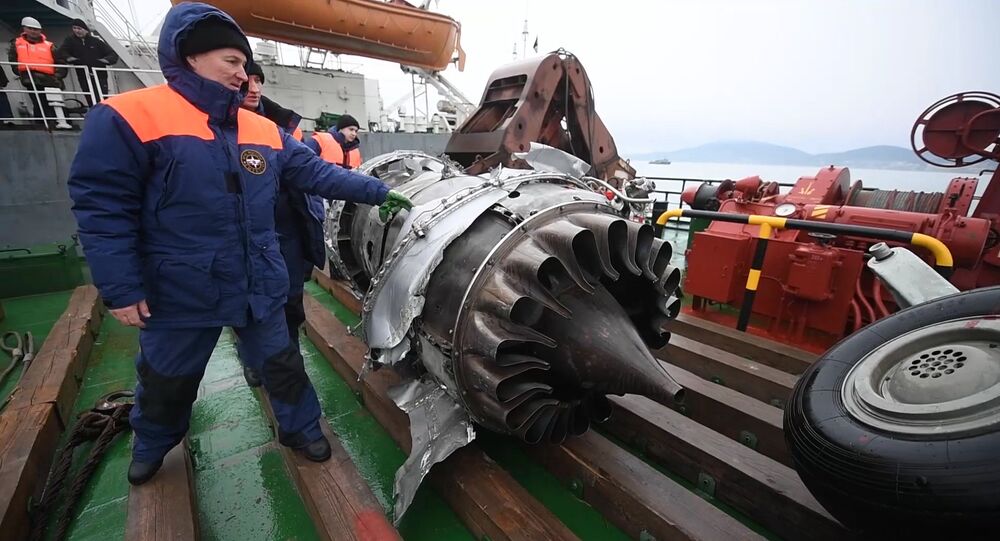 According to reports, an investigation into the Russian Defense Ministry plane crash in the Black Sea last winter has been extended by two months.

© Photo : Press-service of Russian Emergency Situations Ministry
Investigators Disprove Reports of Overload Causing Russian Tu-154 Crash
MOSCOW (Sputnik) – An investigation into the Russian Defense Ministry plane crash in the Black Sea last winter has been extended by two months, a source familiar with the course of the investigation told Sputnik on Friday.

"The investigation into the criminal case opened on December 25 last year of the military Tu-154 plane crash in the vicinity of Sochi was extended by another two months," the source said.

The source clarified that "this does not indicate that the investigation will conclude on June 25."

The probe into the incident, which killed all 92 passengers and crew of the airliner en route from southern Russia to Syria, was first extended on February 25.