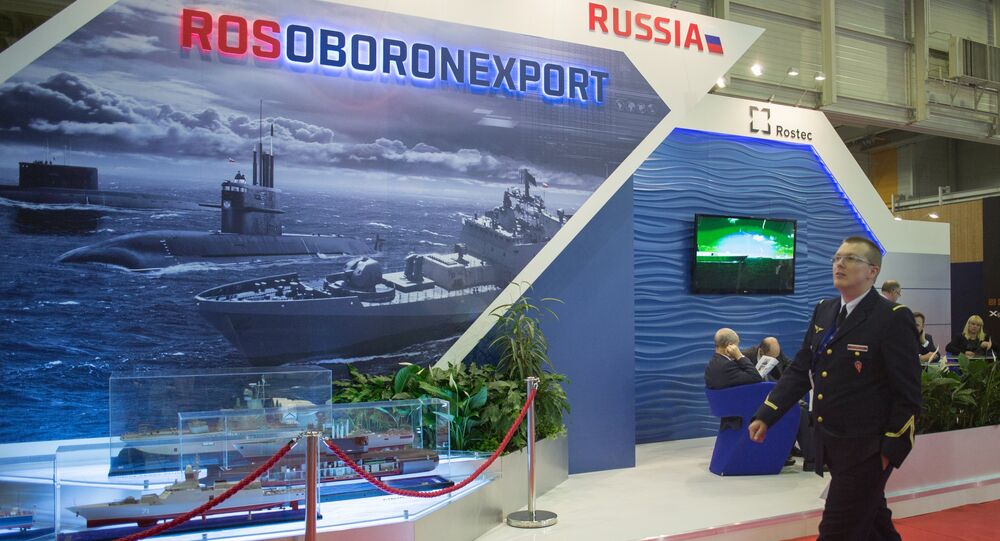 Russia to Showcase 240 Pieces of Military Equipment at IDEF'17 - Rosoboronexport

According to reports, Russia’s state arms exporter, company will organize a joint Russian display at the International Defense Industry Fair, IDEF'17, which will be held in Istanbul on May 9-12 and will showcase 240 pieces of Russian military equipment.

"Military-technical cooperation between Russia and Turkey has now acquired a positive trend. Rosoboronexport has actively advised its Turkish partners on the supplies of military equipment since late 2016. The Turkish Ministry of National Defense is interested in a wide range of military equipment, in particular, various Russian air defense systems. We are also discussing a number of technical partnership projects envisaging joint development and production of advanced weapons," Vladimir Goncharov, Rosoboronexport's Marketing Department head, said as quoted in the press release.

Rosoboronexport also plans to organize an extensive business program on the sidelines of the IDEF'17, including meetings with representatives of the Turkish government, the armed forces and business community, as well as with officials from some Middle Eastern countries. Russia’s official delegation is headed by Mikhail Petukhov, Deputy Director of the Russian Federal Service for Military-Technical Cooperation (FSMTC).

US House to Vote on Defense Budget Extending Restrictions on Rosoboronexport