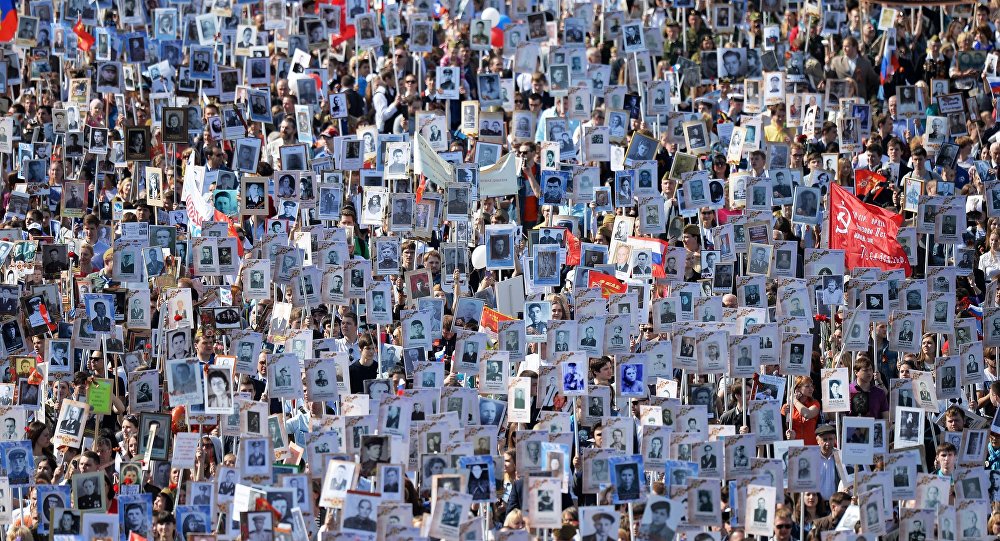 Momir Bulatović, who served as Montenegro's first president while it was part of a Yugoslav federation and as Prime Minister of the Federal Republic of Yugoslavia, is set to join hundreds of thousands of Russians in Moscow for the annual 'Immortal Regiment' march; they will honor and pay tribute to departed loved ones who fought the Axis in WWII.

Former Yugoslavian and Montenegrin politician Momir Bulatović, who served as Montenegro's first president while it was part of the Federal Republic of Yugoslavia (1990-1998) and as Prime Minister of Yugoslavia (1998-2000), is set to carry a portrait of his father, joining hundreds of thousands of Russians in Moscow for the annual 'Immortal Regiment' march.

"I am very glad to have the honor as well as an opportunity to express my deepest respect for the Red Army for the role it played in the fight against the Nazis. What is the most dear to me is that I will [be able to] take a photo of my father with me to carry through Moscow. My father was sixteen when he joined the partisans and became an officer by the end of WWII," the politician told Sputnik Servia.

The politician said that his father, who had never traveled abroad, had only one wish: to visit Moscow.

"I will take his portrait with me and will carry on an inner dialogue with his soul, telling him that he is finally going to Moscow to pay tribute to the Red Army," he said.

Serbia's well-known Dejan Lazarevic Brass Orchestra will also take part in the 'Immortal Regiment' rally in Moscow. Founded in 2002, the orchestra has had numerous public appearances in Serbia and abroad. Within just one year of its inception, it won its first prestigious award, the Golden Trumpet, at Guca Festival. This accolade was followed by many others, year after year.

Millions of people across Russia are planning to carry photographs of their departed loved ones who fought in WWII during the “Immortal Regiment” march, which has taken place annually since May 9, 2012.

Last year there were 'Immortal Regiment' events held in 45 countries and this year they are going to be held in 90, including new venues in Vietnam and Canada. This will be the second year the march will take place in the Serbian capital Belgrade.

The first Immortal Regiment march took place in the Siberian city of Tomsk at the initiative of local TV journalists. About 6,000 marched along the city’s central street with 2,000 photos of war veterans.

A year later, thanks to the volunteer efforts of an unprecedented number of regional coordinators, another 120 cities and towns in Russia and several former Soviet republics held Immortal Regiment marches as well.

The total number of participants reached about 180,000 in 2013 and grew to half a million on May 9, 2014, as Immortal Regiment marches took place in more cities and villages, after which this civil initiative became part of the federal program to prepare for the celebration of the 70th anniversary of the allied victory in WWII.

On May 9, 2015 and 2016, the march down Tverskaya Street to Red Square in Moscow was led by Russian President Vladimir Putin, who carried a portrait of his father, a war veteran. According to official data, over 500,000 people took part in the Immortal Regiment march in Moscow alone. The number of participants across the whole of Russia exceeded 12 million.

In January 2014, the Ministry of Justice's Department for the Tomsk Region officially registered the Immortal Regiment as an inter-regional historical and patriotic movement. The movement’s Tomsk Coordination Center maintains contact with activists in more than a thousand cities and villages in Russia and 33 countries.

The Immortal Regiment-Moscow was registered as a regional patriotic public organization in March 2014. The movement runs an online Memory Book featuring over 150,000 biographies. 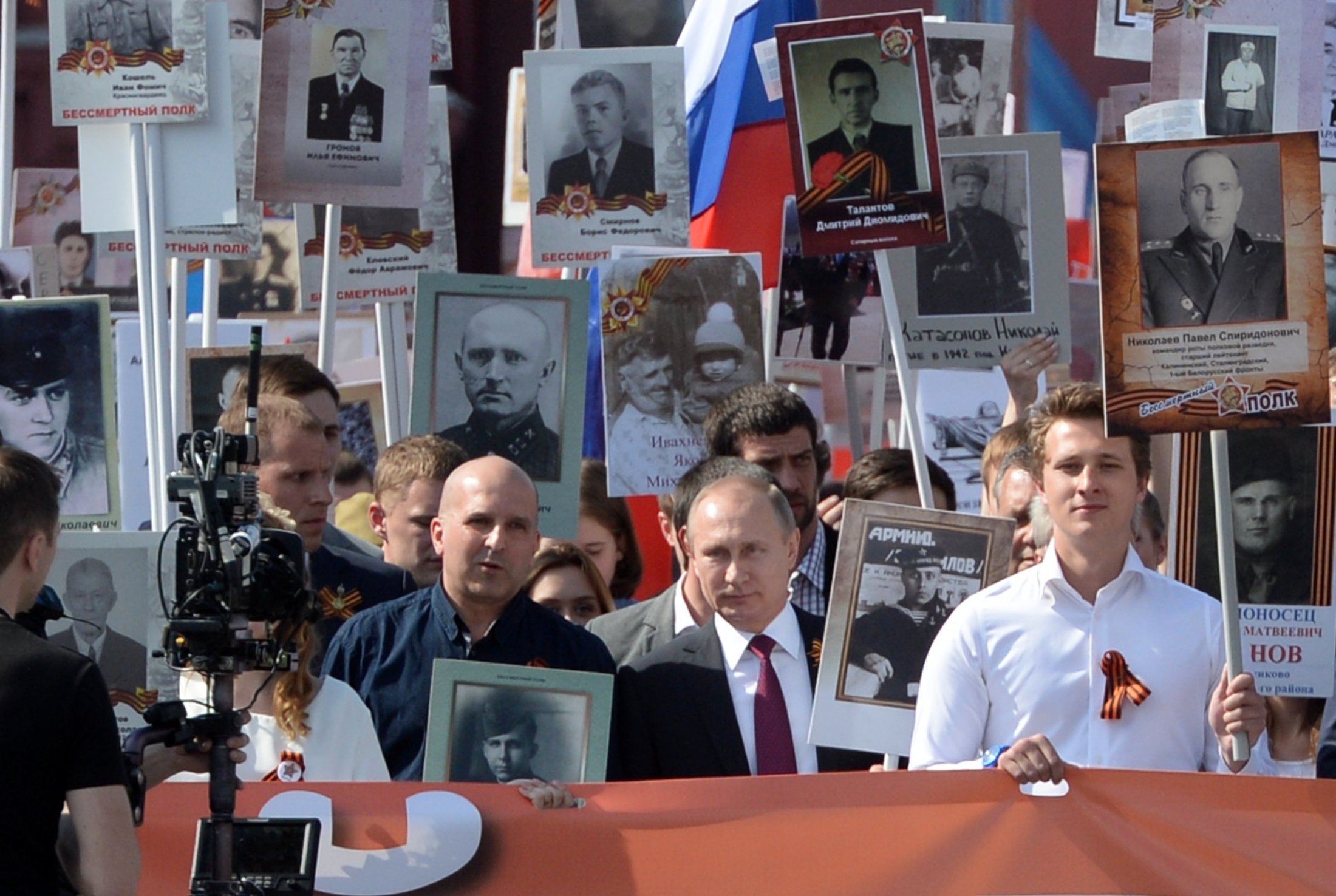 The Immortal Regiment of Russia, a national public civil and patriotic movement, was registered on October 5, 2015. Representatives from 60 Russian regions convened to create the organization at their congress in Vyazma, a city in the Smolensk Region which was decorated for its military heroism, on June 2, 2015.

The marches are an act of admiration and remembrance, dedicated to everyone who showed bravery during what many consider to be the most terrifying time in our recent history. They serve to demonstrate that each person who died or suffered in World War II was a member of someone’s family, someone’s loved one.