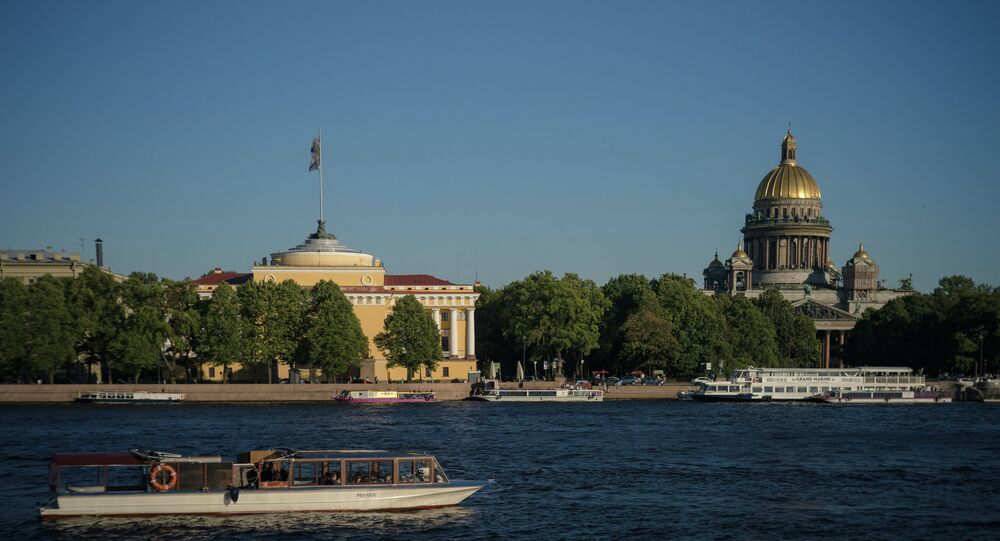 According tp the St. Petersburg's Governor Georgy Poltavchenko, St. Petersburg is expected to host over half a million tourists arriving by cruise ships.

© AFP 2021 / VALERY HACHE
China, Russia to Develop First Ever Submarine for Underwater Tourism
ST. PETERSBURG (Sputnik) — The Russian city of St. Petersburg is expected to host over half a million tourists arriving by cruise ships, which is a 18.6 percent increase from the previous year's 457,000 recorded arrivals, St. Petersburg Governor Georgy Poltavchenko said on Tuesday.

"Year after year our city welcomes a growing number of passenger cruise liners. This year we are planning to receive 542,000 tourists arriving by sea," Poltavchenko said in a statement, issued on the website of St. Petersburg's administration.

Earlier in the day, Poltavchenko took part in a ceremony which marked the opening of the Passenger Port of St. Petersburg for the summer. The first vessel to enter the port was the Viking Sky cruise ship, which carried 930 passengers aboard.

The Passenger Port of St. Petersburg is located on the city's Vasilyevsky Island. The port, which accepts over 200 passenger liners annually, includes seven moorings for ocean liners, three for cruise ships and one ferry terminal.