Black and red caviar labeling could appear in Russia next year to tackle poaching, Rosrybolovstvo told Sputnik on Tuesday.

He noted that Rosrybolovstvo has insufficient time to introduce the labeling mechanism in 2017 "because we must first determine the legal volume of black caviar produced in aquaculture enterprises."

The Rosrybolovstvo head added that "legalization of illegal caviar was sometimes taking place through aquaculture enterprises" when production was allegedly increased. 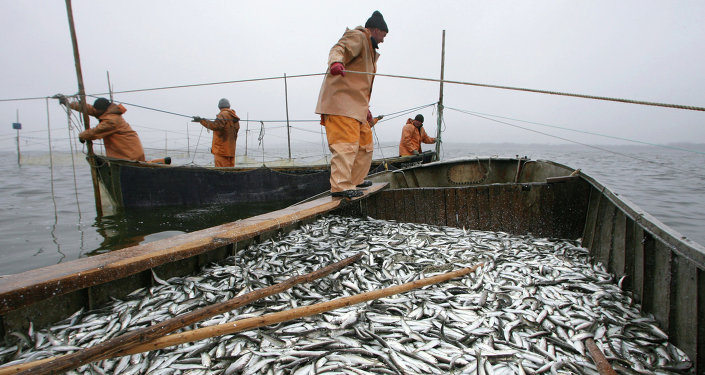 "It is just that the turnover of products coming from the EAEU will be illegal. Accordingly, there will simply no such products on the territory of Russia," he said.

Shestakov highlighted that the introduction of a labeling mechanism would not significantly influence the caviar price.

"The cost of an identification mark will not significantly affect the final price of the product," he said.

The Russian authorities have repeatedly raised the issue of introducing labeling on various items, for instance clothes, timber and medicines. In August 2016, the EAEU states imposed an obligatory marking of fur coats and fur products by special RFID-marks. On December 1, the sale of the fur products without RFID-marks was prohibited.

Russia's 'Liana' Satellites Can Keep an Eye on Ships, Subs or Even Fishing Boats

Deal on Commercial Fishing Ban in Arctic in Russia’s, US Interests