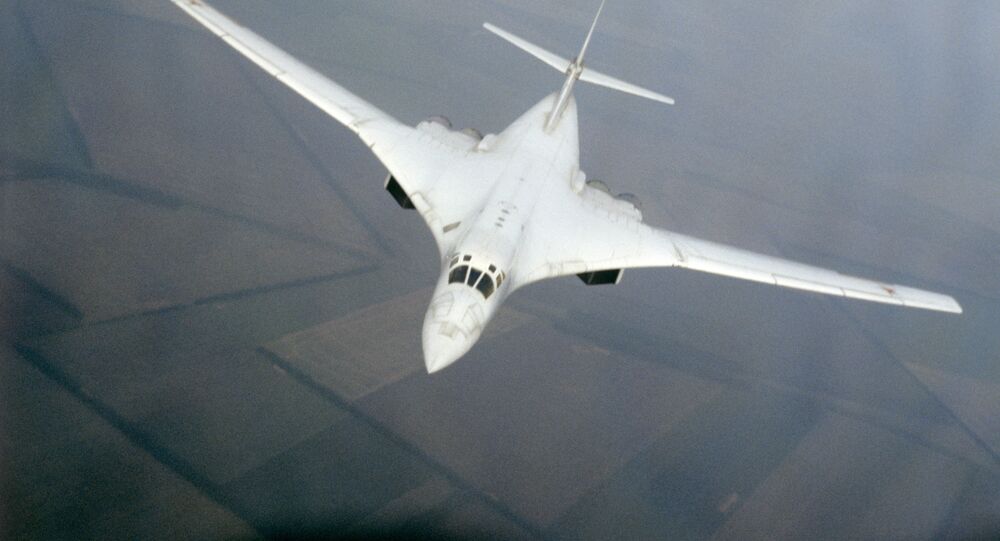 A squadron of five planes of Russia’s Long Range Air Force will fly in close formation over Moscow’s Red Square during the upcoming May 9 Victory Day parade.

Leading the impressive flyby, the first such demonstration ever to happen in Moscow, will be a Tu-160 strategic bomber aptly nicknamed “The White Swan.”

Coming up next will be the crews of the legendary Russian Knights aerobatic group flying the brand-new Su-30SM fighter jets.

The aerial part of the parade will open with a group of Mi-26 and Mi-8 helicopters flying just 150 meters above Red Square at 200 kilometer an hour.

Strategic, tactical and military transport planes will fly at altitudes ranging from 300 meters to 500 meters at speeds of up to 500 kilometers an hour.

In all, 72 planes and helicopters will take part in the parade. Their crews are scheduled to have two rehearsals over Moscow on May 4 and 7.

The Tu-160, one of Russia’s most formidable weapons, is a supersonic variable-sweep wing heavy strategic bomber/missile carrier.

It is designed to engage targets around the globe with nuclear and conventional weapons.

Tu-160 bombers have participated in Russia's campaign against terrorists in Syria.