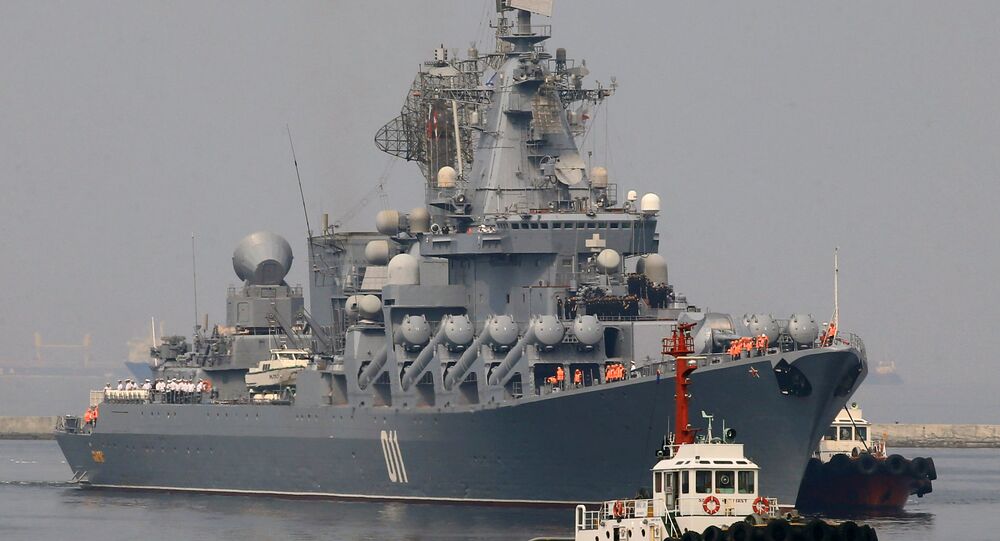 According to a spokesman for the Pacific Fleet, a group of warships from Russia's Pacific Fleet on Thursday arrived at the port of Manila.

© Sputnik / Vitaliy Ankov
Russia's Pacific Fleet Flagship Sets Sail for Long-Haul Trip: Where's It Going, What's it Doing?
VLADIVOSTOK (Russia) (Sputnik) – A group of warships from Russia's Pacific Fleet on Thursday arrived at the port of Manila, where the ships' crew will conduct a meeting with the leadership of the Philippine Navy, a spokesman for the Pacific Fleet Vladimir Matveev said.

According to the official, the naval mission of Russian warships in the Asia-Pacific region started on April 1 and is aimed at enhancing naval ties with countries in the region.

He added that Varyag and Pechenga had already paid a visit to the South Korean port of Busan earlier this month.