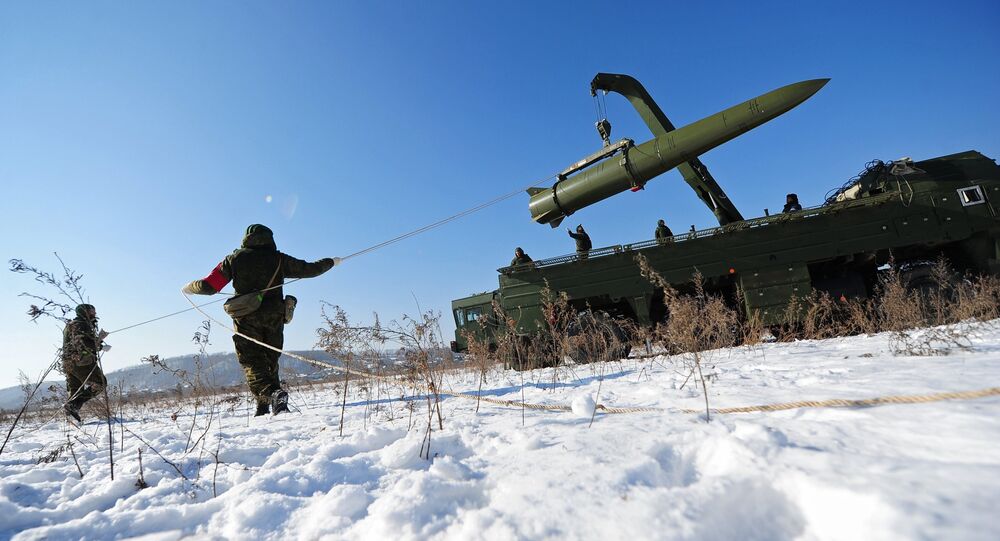 While the US is deploying elements of its missile shield in Europe, Russia’s Iskander-M tactical ballistic missile systems ensure a balance of forces on the continent, Rostec Corporation’s CEO Sergei Chemezov told Sputnik.

“The Iskanders are no less popular with the military. They are guarantors of a power balance in Europe,” Chemezov said in an address devoted to the 75th anniversary of the Konstrukskoye Buro Mashinostroyeniya (KBM), the design bureau behind the Iskander missiles.

The KBM’s chief designer Valery Kashin earlier said that the Iskander missiles will remain on combat duty for another 30 years, and that proposed upgrades to the system were now being considered by the Defense Ministry.

He added that the existing Iskanders will not need any upgrades before the start of the 2020s.

© Sputnik / Sergey Orlov
Russia to Unveil Improved Iskander-M Missile System After 2020
The Iskander-M is a rapid-deployment tactical system designed for eliminating targets at a range of up to 500 kilometers. It is intended for small-scale targets such as missile systems, multiple rocket launchers, long-range artillery, airfields and command posts.

Russia deployed the Iskander-M mobile short-range ballistic missile system to Kaliningrad, its exclave on the Baltic Sea, in October 2016.

Russia to Continue Deploying Iskander Missiles in Kaliningrad and Other Areas