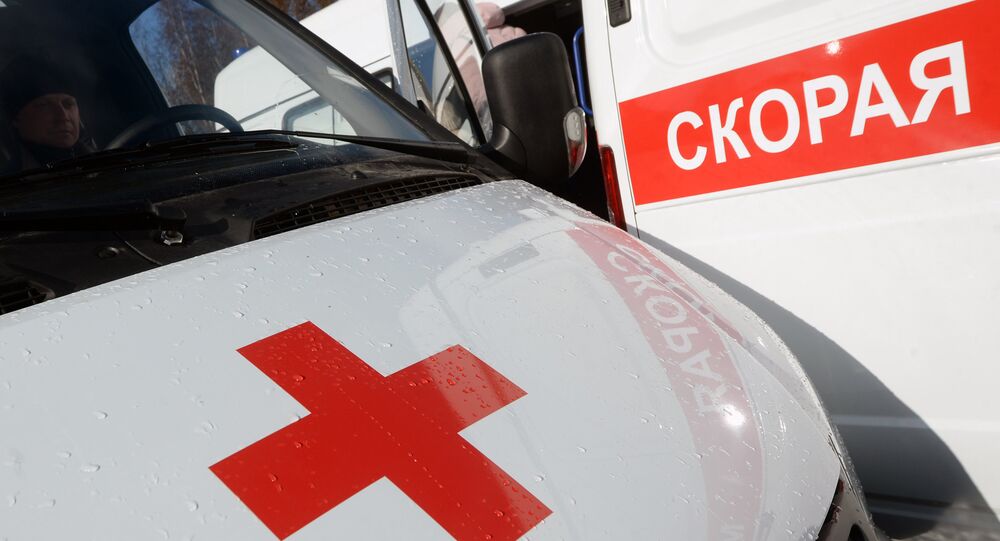 Two people were killed and one was injured when a cargo train hit a school minibus at a railroad crossing in Russia’s Omsk Region, a source in the region’s emergency services told Sputnik on Friday.

NOVOSIBIRSK (Sputnik) — The region’s prosecution did not confirm the reports of the driver’s death, claiming that he was hospitalized in grave condition. According to the prosecution’s spokeswoman, five children were brought to the hospital.

"A cargo train and a school minibus carrying 10 children clashed at an unregulated railroad crossing. … The driver and the guide died, and one child was hospitalized in a moderately grave condition," the source said.

According to a statement released by Russian Railways, the incident occurred at 11:08 a.m. Moscow time (8:08 GMT), when the driver of the minibus ignored both the red light signal and the sound alarm, and attempted to cross the railroad.

The prosecution launched a criminal case on charges of rendering services that do not meet safety requirements, leading to the death of two people by negligence.