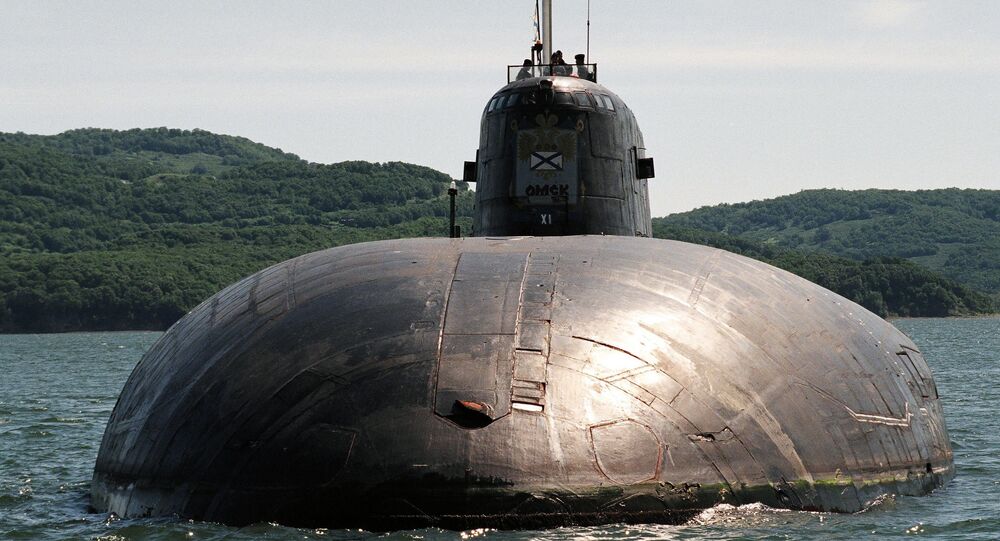 Russia will cover its nuclear and diesel submarines with a special hydro-acoustic noise-attenuating coating, meaning that even sensitive acoustic detectors will be unable to separate them from the general sound of the sea.

"The Concern has got a contract for production of a rubber coating for the next five years. The hydro-acoustic layers designed by Russia's defense association "Cheboksary production association n.a. V.I. Chapaev" will camouflage the submarines due to their high noise-attenuating character. The Concern launched high-tech productions to make the layers in 2016," the statement says.

Speaking about the camouflage layers designed by his association, Cheboksary's Director General Alexander Livshits told journalists that the developers were able to mimic the sound of the sea. The special coating makes all types of submarines absolutely invisible to acoustic equipment.

The Concern specializes in the production of various acoustic coatings for diesel, diesel-electric and nuclear submarines.