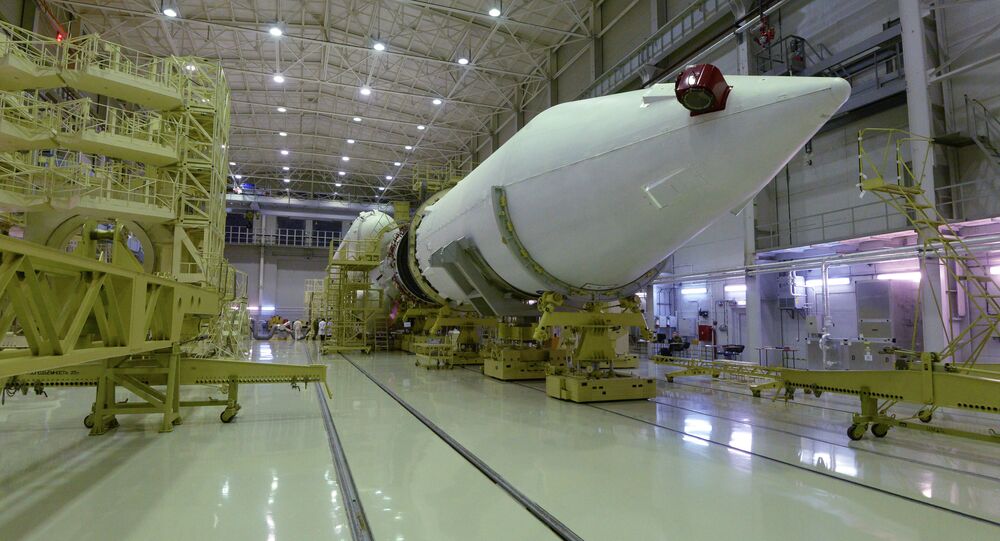 Russian State Space Corporation Roscosmos plans to eliminate problems with the digitization of construction documentation of the Angara carrier rockets by the end of 2017, head of Roscosmos Igor Komarov said on Tuesday.

MOSCOW (Sputnik) — The defects in the question were found during the digitization of the documents, Komarov stated.

"There are indeed problems with the Angara. … And strictly speaking, a lot of defects were uncovered during the digitization…. But I believe we will fix the [problems with] Angara by the end of the year," Komarov told the Rossiyskaya Gazeta newspaper in an interview.

Russian Defense Ministry
Flight Tests of Super-Heavy Angara-A5V Carrier Rocket May Start in 2027
Komarov added that the Production Association Polyot in the Russian city of Omsk would be able to build up to 20 Angara rockets a year.

The Angara family of space-launch vehicles is designed to provide lifting capabilities of between 2 and 40.5 tonnes into low Earth orbit. It has been in development since 1995 and was the first orbit-capable rocket developed by Russia since the fall of the Soviet Union to replace the older Proton-M carrier rockets.

Russian Deputy Minister Dmitry Rogozin said in February that Russia planned to launch the Angara heavy carrier rocket from Vostochny Cosmodrome in 2021, even though the construction of the launch pad for the rockets will be finished later in 2025.