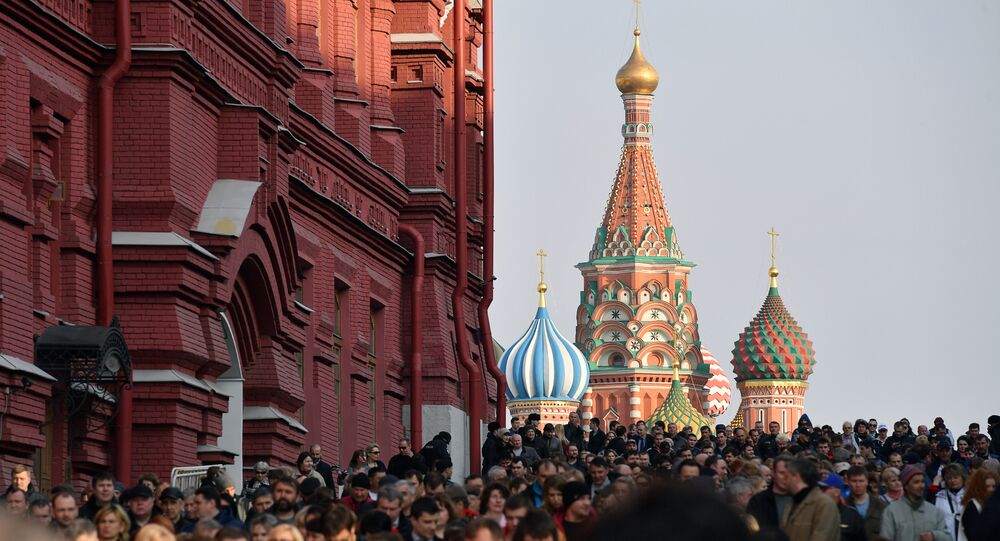 Muscovites hold rallies in the city center to pay tribute to the victims of the St. Petersburg terrorist attack.

More than 50,000 people are participating in a commemorative rally in the Russian capital to pay respect to the victims of the deadly attack in St. Petersburg metro, the Moscow department of the Russian Interior Ministry said in a Thursday statement.

"In the heart of Moscow, at the Manezhnaya Square the memorial event is held. Over 50,000 are taking part in the event," the statement said.

On Monday, an explosive device blasted in St. Petersburg in a subway train. Another blast that was supposed to take place on the Ploshchad Vosstaniya station was prevented by bomb technicians. The explosion resulted in at least 14 deaths. Following the incident, Russia's Investigative Committee has launched a criminal case over a terrorist act but the investigators are also looking into other versions.