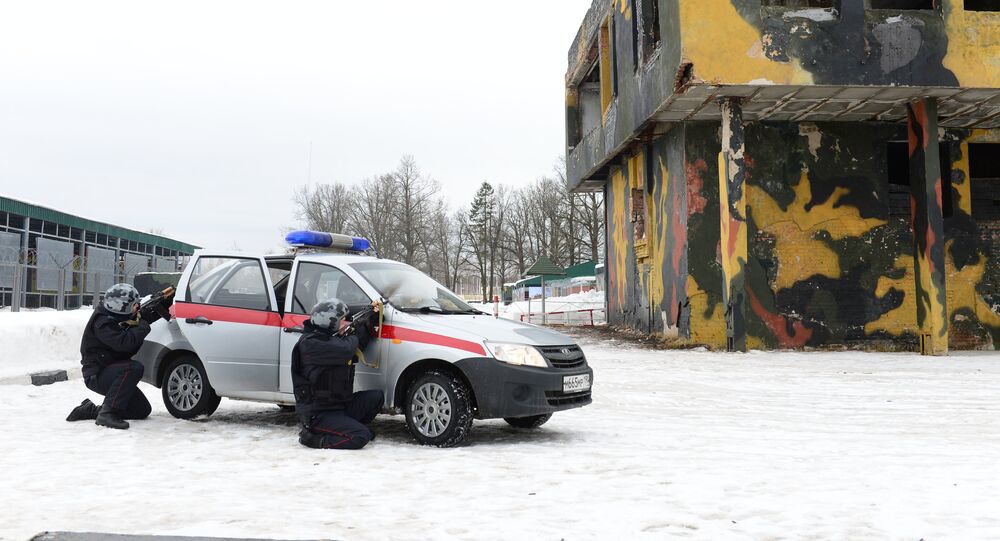 4 Suspects in Killing of Police Officers in Russia's Astrakhan Eliminated

Four suspects in the killing of two police officers in Russia’s southern city of Astrakhan have been eliminated, a regional representative of the Russian National Guard told Sputnik.

MOSCOW (Sputnik) – On Wednesday, the Russian Investigative Committee said that four men were wanted for the Tuesday killing of two police officers in Astrakhan. The group of radical Islamists responsible for the killing numbered eight assailants, but two of them had already been detained.

A local interior ministry source told Sputnik in the early hours of Thursday that three servicemen of the Russian National Guard were shot at from a moving vehicle during a search for those responsible for the killing of two police officers in Astrakhan. One of the attackers was killed in return fire.

© Sputnik / Sergey Pyatakov
Russian National Guard Members Injured During Search for Astrakhan Attackers
A representative of the regional Investigative Committee confirmed to Sputnik on Thursday morning that the killed attacker was one of the men wanted for the killing of the police officers.

A regional law enforcement source told Sputnik that another man wanted in the case was injured during the shootout with the National Guard.

According to the source, one of the four administrative districts of Astrakhan was cordoned off after the shootout and police have found the car used by the attackers.