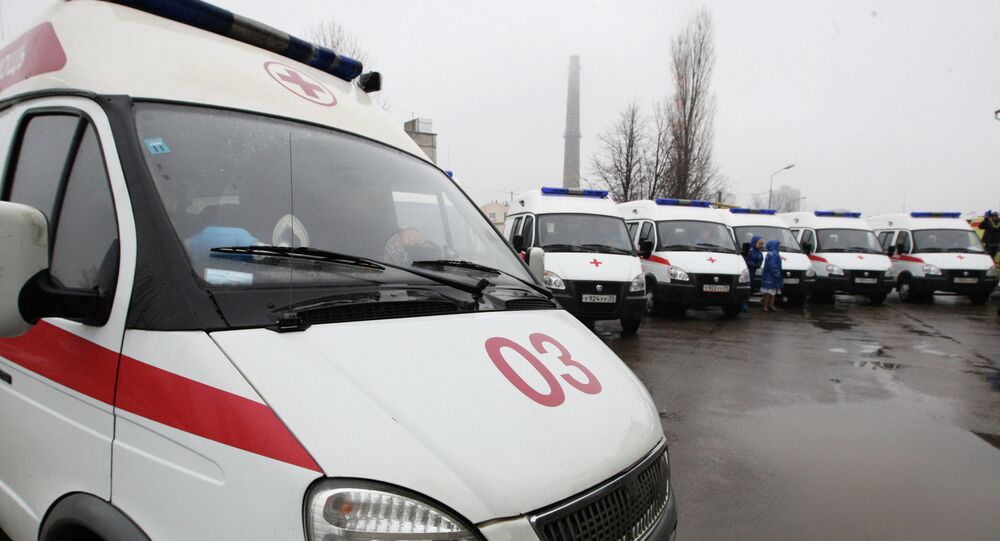 2 Killed, Over 30 Injured in Bus-Truck Collision in Russia’s Ryazan Region

An emergencies source said that two people were killed and over 30 were injured in a car accident in Russia’s Ryazan Region.

MOSCOW (Sputnik) – Two people were killed and over 30 were injured in a car accident in Russia’s Ryazan Region, an emergencies source told Sputnik.

The accident occurred on Wednesday night when a passenger bus collided with a truck.

"According to preliminary information, 33 people were affected, two of them died," the source said.

A regional Interior Ministry source told Sputnik that weather and road conditions did not cause the accident, which likely occurred because of an attempted overtake or because the truck driver had fallen asleep.

The source said that the bus driver and one of the bus passengers were killed in the accident. The driver of the truck was taken to the hospital.

There were a total of 35 passengers, including four children, in the bus that was heading from Moscow to Elista, the capital of Russia's Kalmykia Republic.