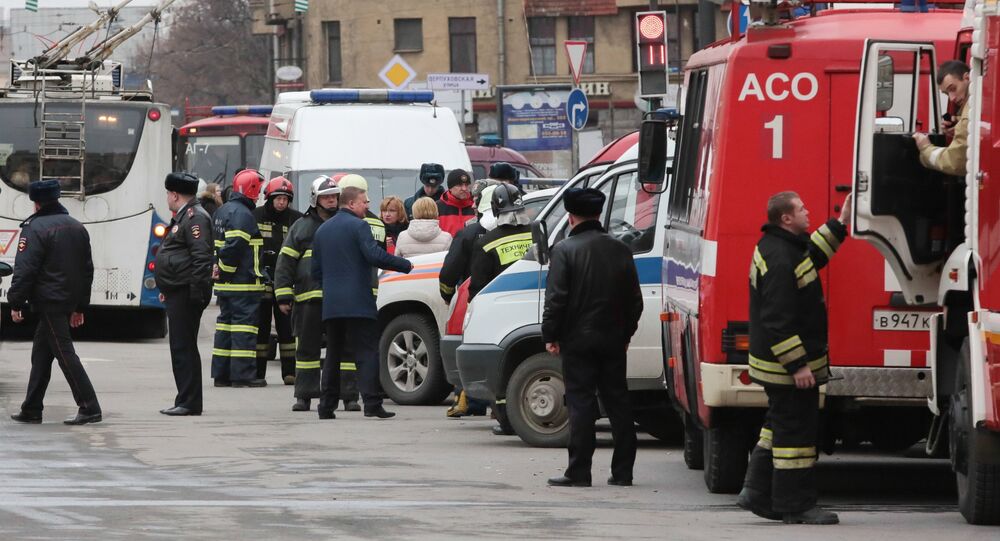 A DNA test has confirmed the identity of the suicide bomber who blew himself up in the St. Petersburg metro, the Russian Investigative Committee said.

© Sputnik / Anna Volkova
Saint Petersburg Attack: What is Known So Far
On Monday, an explosion occurred in the St. Petersburg underground on the stretch of rail between the Sennaya Ploshchad and Tekhnologichesky Institut metro stations at around 3 p.m. local time (12:00 GMT). The blast killed at least 14 people, according to Russian Minister of Healthcare Veronika Skvortsova. Forty-nine people were wounded.

On Wednesday, the Russian Investigative Committee named Kyrgyzstan-born 22-year-old Akbarzhon Dzhalilov who was the citizen of Russia as the suicide bomber behind the attack. The investigation also found out that the same man had left a bag with an explosive device on the Ploschad Vosstaniya subway station. It was neutralized by specialists.

"As for Akbarzhon Dzhalilov, who, according to the investigation data, set off an explosive device in the train's car, his identity has been confirmed by the results of a DNA test," the committee's spokeswoman Svetlata Petrenko said.

According to her, his line-up will be carried out in the near future with the participation of his parents, who had already been questioned.

"The investigation carefully examines Dzhalilov's connections and his communications to establish information important for the probe."

Moreover, the identities of all the victims of the St. Petersburg attack have been determined, Petrenko said.