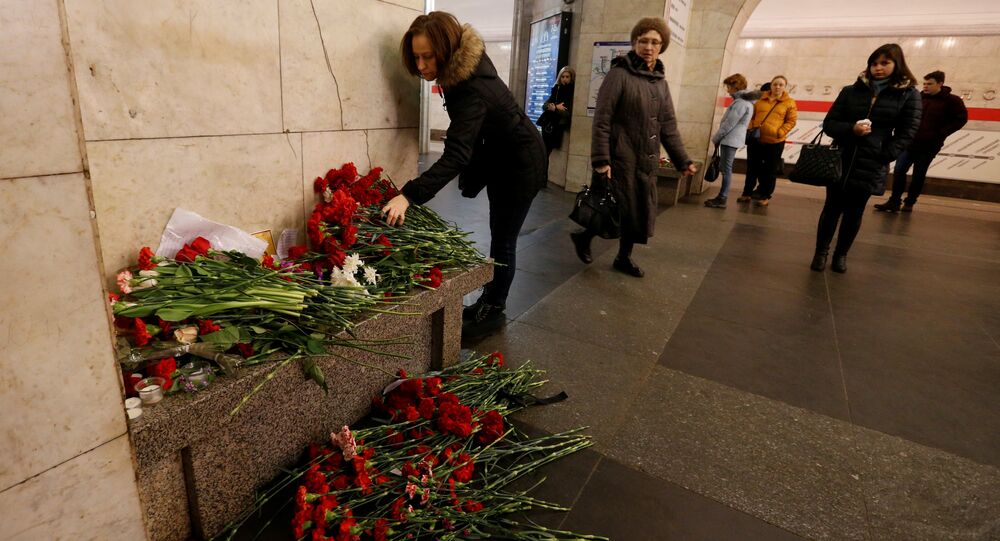 The residents of St. Petersburg struggle to deal with the aftermath of a terrible explosion that occurred in the city subway system on April 3, mourning the dead and doing their best to help the living.

© Photo : pixabay
Je Ne Suis Pas St. Petersburg: European Public Shocked by Cities Refusal to Recognize Metro Massacre
On Monday, April 3, an explosion occurred in the St. Petersburg subway on the stretch of rail between the Sennaya Ploshchad and Tekhnologichesky Institut metro stations at around 3 p.m. local time (12:00 GMT). The blast claimed the lives of 14 and left at least 51 people injured.

As the city subway system was put on temporary lockdown in order to allow security services to sweep it for possible explosive devices, many commuters found themselves struggling to find a way to return home to their anxious loved ones.

Many unscrupulous taxi drivers saw this as an opportunity for profiteering, and charged exorbitant fees for their services to people who found themselves deprived of affordable public transportation. However, one of the drivers, Sergei Kuznetsov, told RIA Novosti that this price hike had been the result of heavy traffic and numerous traffic jams, as it took a lot more time than usual to complete a fare.

Nevertheless, a local taxi company, Taxovichkoff, apparently did not agree with his reasoning as about 100 of its cabs helped ferry people across the city free of charge. A large number of ordinary car owners also followed the company’s example, offering people a lift without charging a single dime.

By the evening, however, the city subway resumed its operations, and while many people were understandably wary of using it, others displayed a remarkable absence of fear when they calmly trudged towards subway stations.

"What’s there to be afraid of? Those psychos? They all have already been caught," one of the commuters, Roman Nikolaevich, said. He also remarked that there’s hardly any point in watching the news about this attack as there’s nothing he can do to help "other than donating blood perhaps."

The Tekhnologichesky Institut subway station and the adjacent area remain cordoned off by police. An EMERCOM mobile HQ was established nearby.

During the evening, President Vladimir Putin himself arrived at the scene and laid flowers at a makeshift memorial that was erected near the station.

Another improvised memorial appeared near Spasskaya station, which is adjacent to Sennaya Ploshchad, currently also cordoned off by police.

Natalia, a local resident who came to lay flowers at the memorial, told RIA Novosti that she witnessed firsthand the events that transpired right after the attack.

"I saw with my own eyes what was going on at the platform right after the explosion. I wasn’t on that train and didn’t even realize that it was a bomb. There was some kind of acrid odor. I became confused and didn’t know what to do. I wanted to flee and at the same time I wanted to help," she confided.

After the attack the girl quickly headed home but later returned to the station with her friend to lay flowers and to mourn the victims of this terrible tragedy.

"I want, no, I demand that today and tomorrow we become closer to each other, and forget about stupid everyday problems. I want everyone to be alive, and I wish that such explosions never happen again," Natalia said.

At this time it remains unclear what goal the terrorists were pursuing, but one thing is certain: if they sought to destroy the spirits of the St. Petersburg’s people, then their mission ended in utter failure.