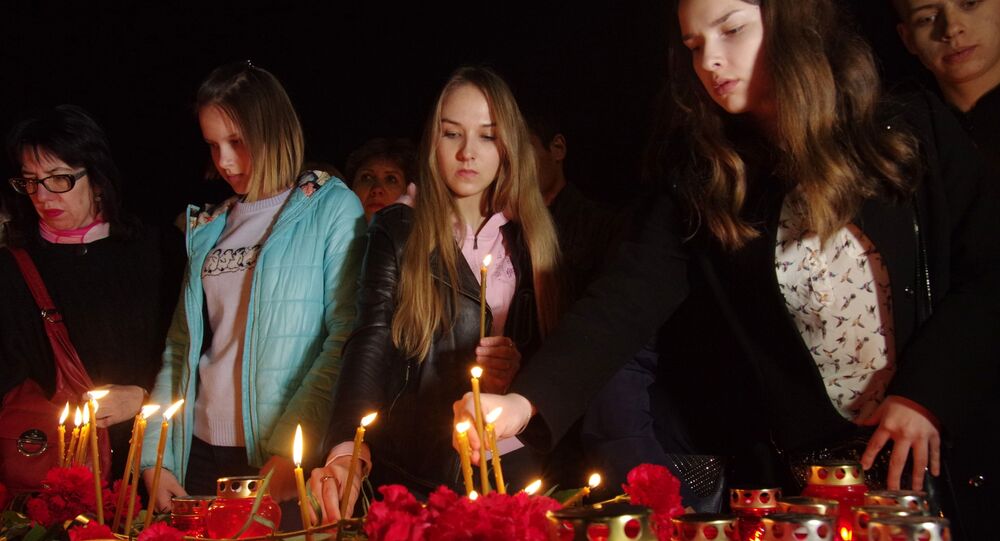 Russia's foreign minister dismissed the "vile and cynical" speculations alleging that the deadly bombing in Saint Petersburg might have been revenge for Moscow's fight against terrorists in Syria.

"As for… speculation, reasoning by some media that the terrorist act is revenge against Russia for our policy in Syria is cynical, vile," Lavrov said at a joint briefing with his Kyrgyz counterpart.

Moscow hopes Western partners will not display double standards on the issue of terrorism.

"I believe that this is unbecoming of politicians at all. And I hope that in the present situation, when terrorism threatens all countries without exception, such double standards will not exist and that politicians will show responsibility in this regard," the minister said.

Lavrov recalled an Obama-era US State Department spokesman's warning last fall that the conflict in Syria could lead to attacks in Russia in arguing that media speculation of the metro bombing was carried out as revenge for Moscow's actions in Syria.

"It is sad that this is not just a media invention, but similar thoughts were shared with the world community by figures in the Obama administration," he stressed.

© Sputnik / Michael Klimentyev
Terrorists Bombed St. Petersburg While Putin Was Visiting the City. Coincidence?
On Monday, an explosion occurred in the St. Petersburg underground on the stretch of rail between the Sennaya Ploshchad and Tekhnologichesky Institut metro stations at around 3 p.m. local time (12:00 GMT). The blast killed at least 14 people, according to Russian Minister of Healthcare Veronika Skvortsova.

Russia's Investigative Committee has opened a criminal investigation into a suspected terrorist attack.

Since September 2015 Russian aerospace forces have been carrying out airstrikes in Syria targeted at terrorist positions at the request of Syrian President Bashar Assad. In March 2016, the biggest part of Russian air forces left Syria in line with the decision of Russian President Vladimir Putin, following successful task fulfillment.