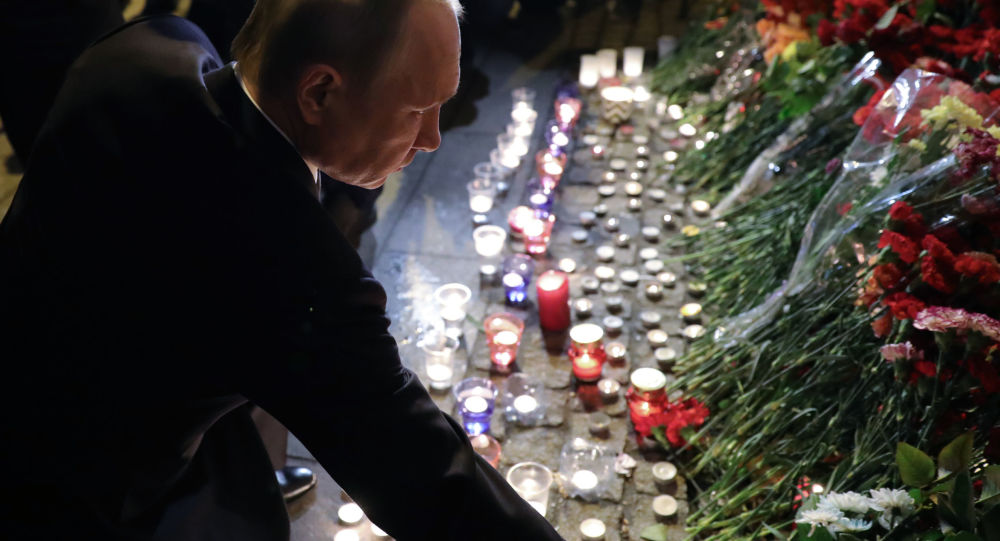 The timing of the deadly terrorist attack in the St. Petersburg metro, which happened while Russian President Vladimir Putin was in the city, may be more than coincidental and needs to be analyzed, Kremlin spokesman Dmitry Peskov said Tuesday.

"The fact that the terrorist attack was committed at a time when the head of state was in the city is definitely worth noticing. It should be analyzed by the special forces," Peskov said.

© REUTERS / Anton Vaganov
Russian Investigative Committee Establishes Identity of Petersburg Metro Suicide Bomber
On April 3, a bomb exploded in the center of St. Petersburg on the stretch of rail between the Sennaya Ploshchad and Tekhnologichesky Institut metro stations at around 3 p.m. local time (12:00 GMT). The blast killed at least 14 people, according to Russian Minister of Healthcare Veronika Skvortsova. One more explosive device was found at the Ploshchad Vosstania metro station and neutralized by the specialists.

"Russia, like many other countries, is at the forefront of the fight against international terrorism. No country in the world has so far been able to defeat terrorism on its own. But all are well aware of the consistent line that Russia occupies in the fight against terrorism," Peskov told reporters.

"Everyone knows very well the consistent and very tough approach of President Vladimir Putin to the issues of fighting terrorism, and everyone knows that, unfortunately, no country in the world is guaranteed against the manifestations of terrorism. But this does not mean at all that someone will weaken the fight against this ugly evil, which unfortunately we have to face," he said.