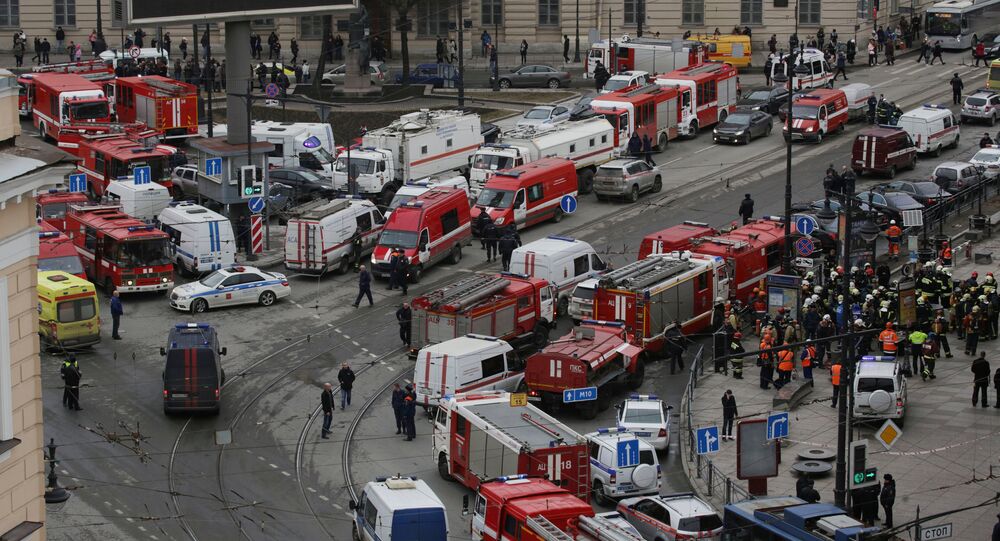 The Russian Investigative Committee has established the identity of the suicide bomber who attacked the Saint Petersburg metro on Monday, killing 14 people.

"The explosive device might have been detonated by a man whose fragmented remains were found in the train's third car. His identity has been established but is classified to help the investigation," the Committee's spokeswoman Svetlana Petrenko said.

Earlier in the day, the Kremlin spokesman confirmed that a suicide attack was one of the possible causes of the tragedy.

"This is one of the versions that are being discussed, which is mentioned," Dmitry Peskov told reporters of the Monday afternoon bombing that killed 14 people and wounded dozens.

On Monday, a blast in a train of the Saint Petersburg subway killed 14 people. Forty-nine people were hospitalized.

Russian President Vladimir Putin said all possible causes of the St. Petersburg underground explosion, including terrorism, were being considered in the investigation.

The Russian authorities announced they opened a terrorist case with respect to the explosion.