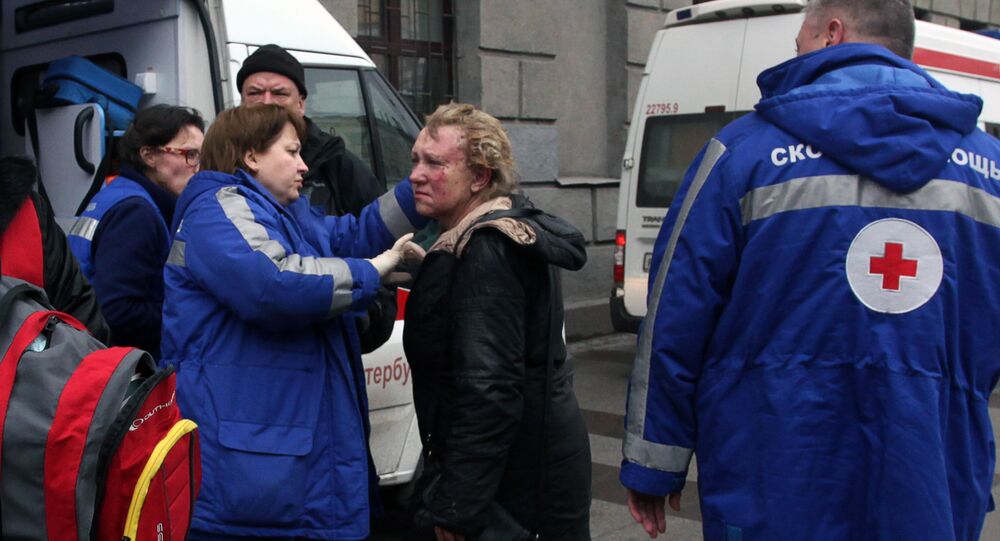 On Monday, a blast in the St. Petersburg metro killed 14 people.

"There were no deaths overnight. All patients, including those who are in extremely difficult condition, are stable at the moment," Skvortsova told reporters.

Twelve people are in critical condition, according to St. Petersburg Governor Georgy Poltavchenko.

"At the moment the state of 12 hospitalized is assessed as severe," Poltavchenko told reporters.

© Sputnik / Aleksandr Tarasenkov
Courage and Stoicism: St Petersburg Residents Show What They're Made Of in the Wake of Subway Blast
The injuries of 27 people are moderately severe, he added, characterizing the state of another 10 people as "moderate."

Poltavchenko further specified that three foreigners, citizens of Belarus, Tajikistan and Uzbekistan, are among those hospitalized.

The spokeswoman of Russia's Investigative Committee said that a criminal investigation into a suspected terrorist attack had been opened following the blast in St. Petersburg.