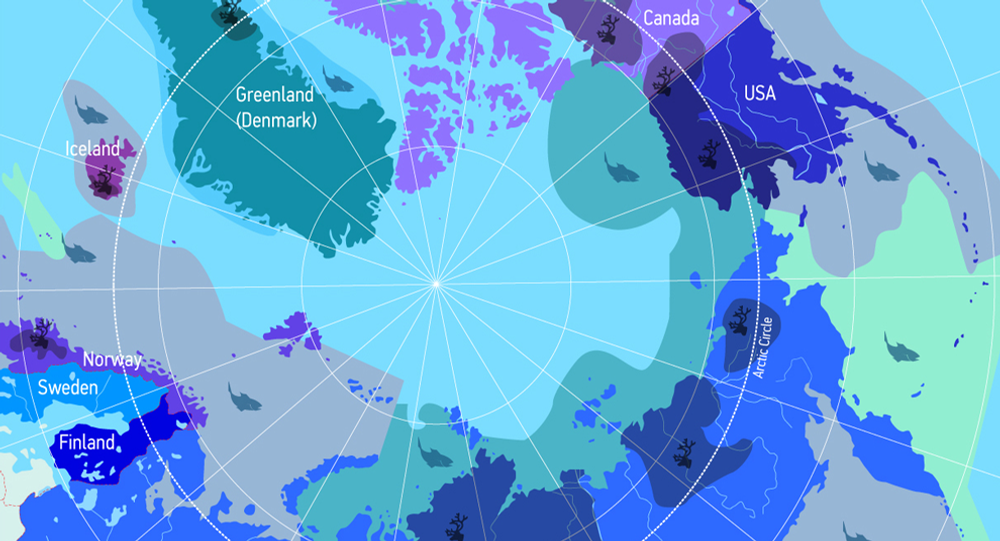 Last week, President Putin took part in the fourth International Arctic Forum in Arkhangelsk, northern Russia. As Russian business news portal Expert Online points out, the area is at the crossroads of a third wave of large-scale economic development in the region. In addition, several factors make the present wave of development unique.

On Thursday, the representatives of 14 countries, including the Russian president, gathered in Arkhangelsk, northern Russia for the international forum 'The Arctic: Territory of Dialogue', discussing everything from regional development and the need for cooperation to climate change and the impact of human activity on the region.

As a special report by the Russian business portal Expert Online recently explained, it's no secret that Arctic development is a key priority for Moscow.

Indeed, the figures speak for themselves. According to Expert, Russia already derives about 11% of its GDP, and close to a quarter of its foreign experts, from its Arctic territories.

Today, the portal stressed, Russia is entering its third large-scale effort to develop the region. There are several reasons for Moscow's careful attention to Arctic development. First, is the exploration and exploitation of mineral resources from the Polar region. Second is the issue, associated with climate change, of the possible reorientation of global transportation routes from the south to the north, including via the so-called Northern Sea Route. Finally, there is the issue of the Arctic's role in providing the northern hemisphere with clean drinking water.

Russia's first efforts to develop its Arctic territories began in the 19th century, although according to Expert Online, the first wave of industrial-scale development started in the 1930s, when a series of large-scale projects were started, including coal mining at Vorkuta, Komi Republic, the extraction of non-ferrous metals at Norilsk, Krasnoyarsk Region, and the 'Transpolar Mainline' –an ambitious but never completed railway hoped to stretch across northern Siberia. 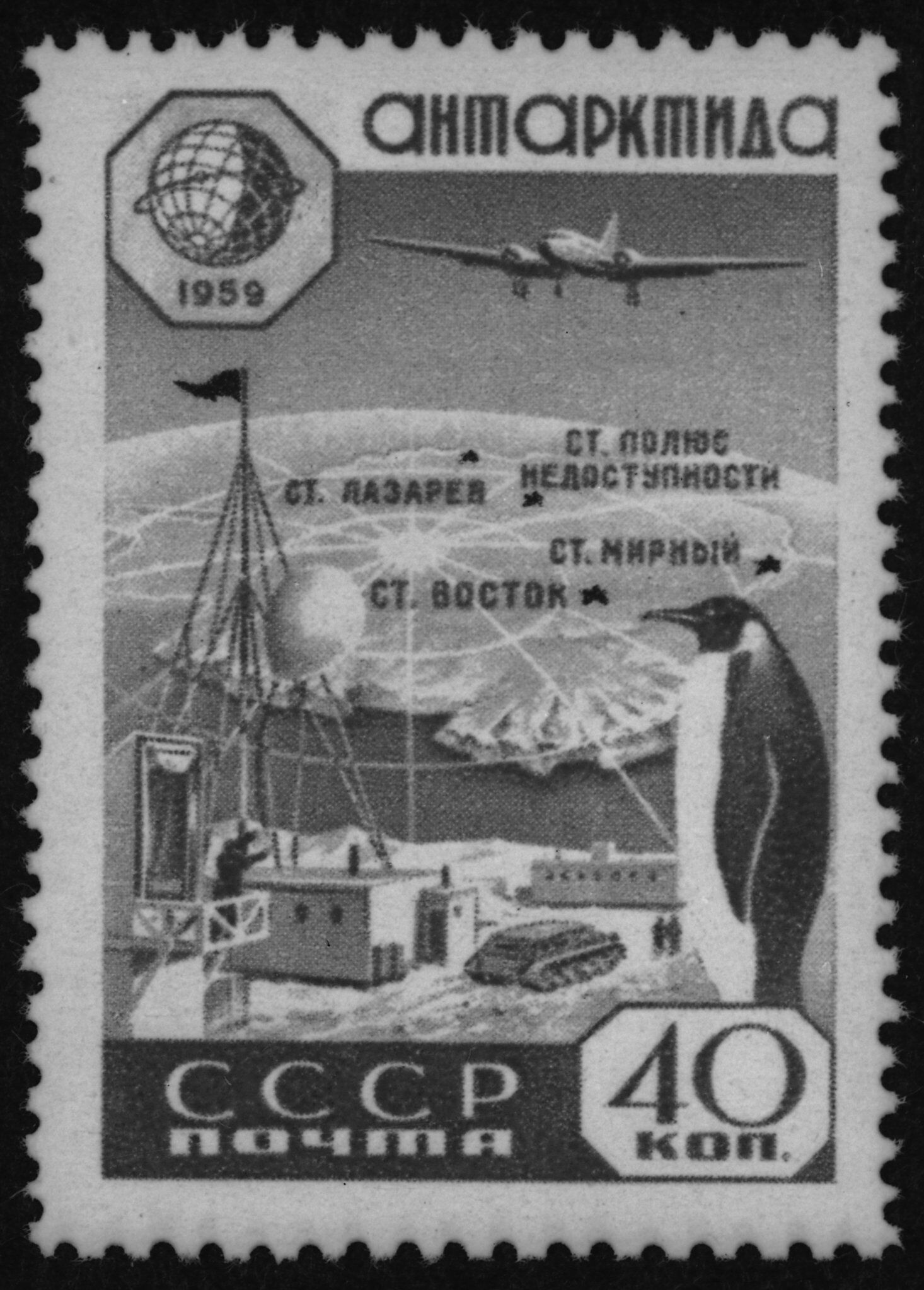 © Sputnik / M. Mil`kin
Postage stamp devoted to the exploration of the Arctic and the Antarctic

The second wave of development began about two decades later, from the 1960s and the 1980s, and as the portal pointed out, this "led to large-scale geological exploration of the macro-region, the creation of a powerful center for natural gas production in the Yamalo-Nenets Autonomous Region, and the organization an integrated system of defense of the country's northern borders, from Murmansk in the west to Petropavlovsk-Kamchatsky in the east." 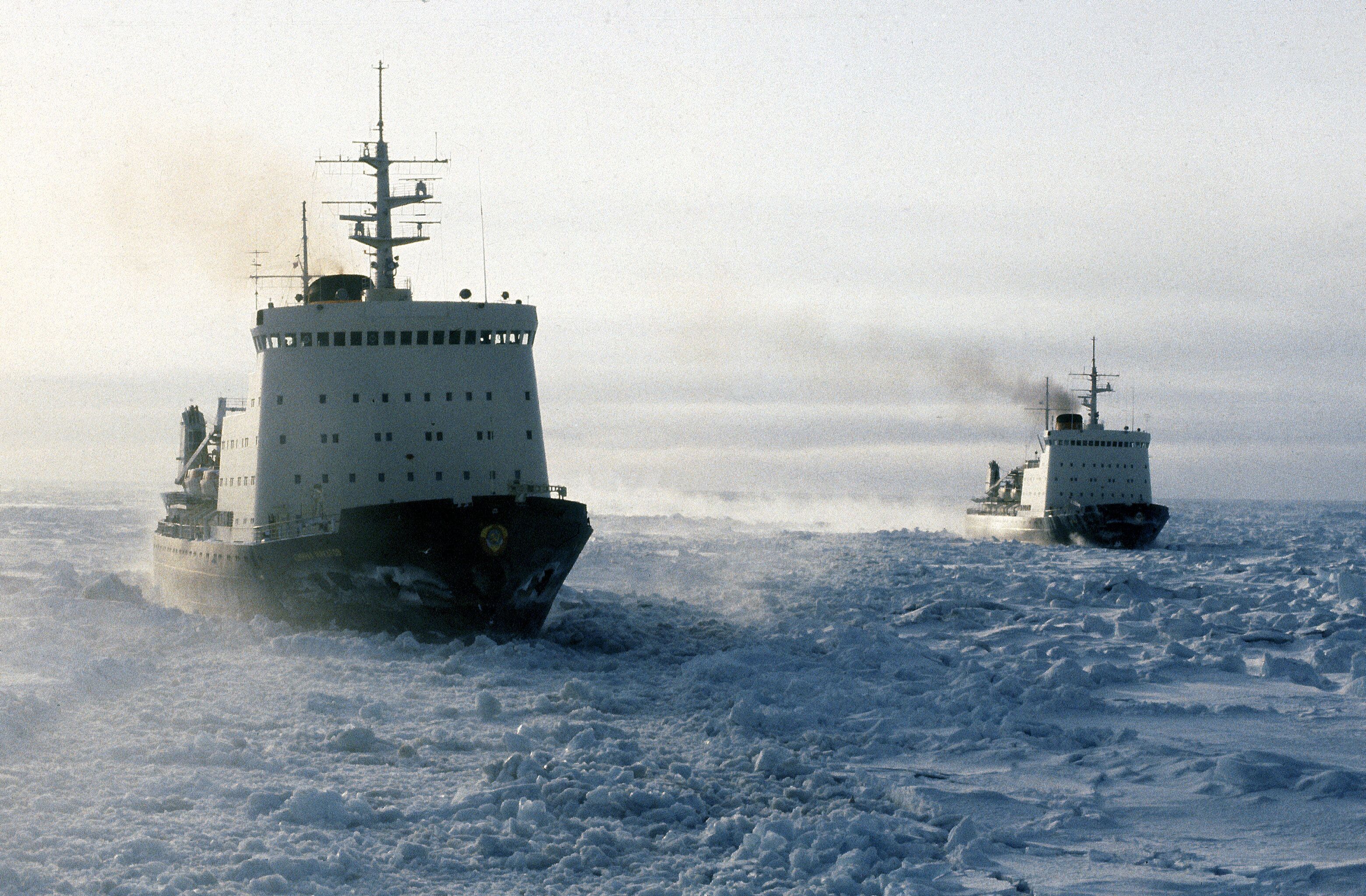 © Sputnik / V. Chistiakov
Soviet ice-breakers in the Chukchee Sea, the Arctic Ocean
© Sputnik / Tatyana Lukyanova
Alaska Has Opportunity to 'Lead on Friendship and Good Relationship With Russia'
Unlike the first and second waves, which were strictly government-controlled initiatives, this third wave depends on companies working in the region, along with regional administrators, lawmakers, public figures and officials from the Ministry of Defense.

As far as the latter are concerned, Expert Online emphasized that "the return of the Armed Forces to the region is one of the keys to the success of the third push into the Arctic. In December 2014, United Strategic Command 'North' was established to manage the military forces and assets in the area from Murmansk to Anadyr."

In addition to its role as defender of Russia's borders, the military serves to provide security in the event of natural and man-made emergencies, and is what the portal calls a "system-forming factor for the development of local cities and settlements." Factually, the military is also "one of the main suppliers of new technology for civilian life (from clothing fit for the Arctic to footwear, medicines and machinery)." Accordingly, the importance of its participation in the third wave cannot be overestimated. 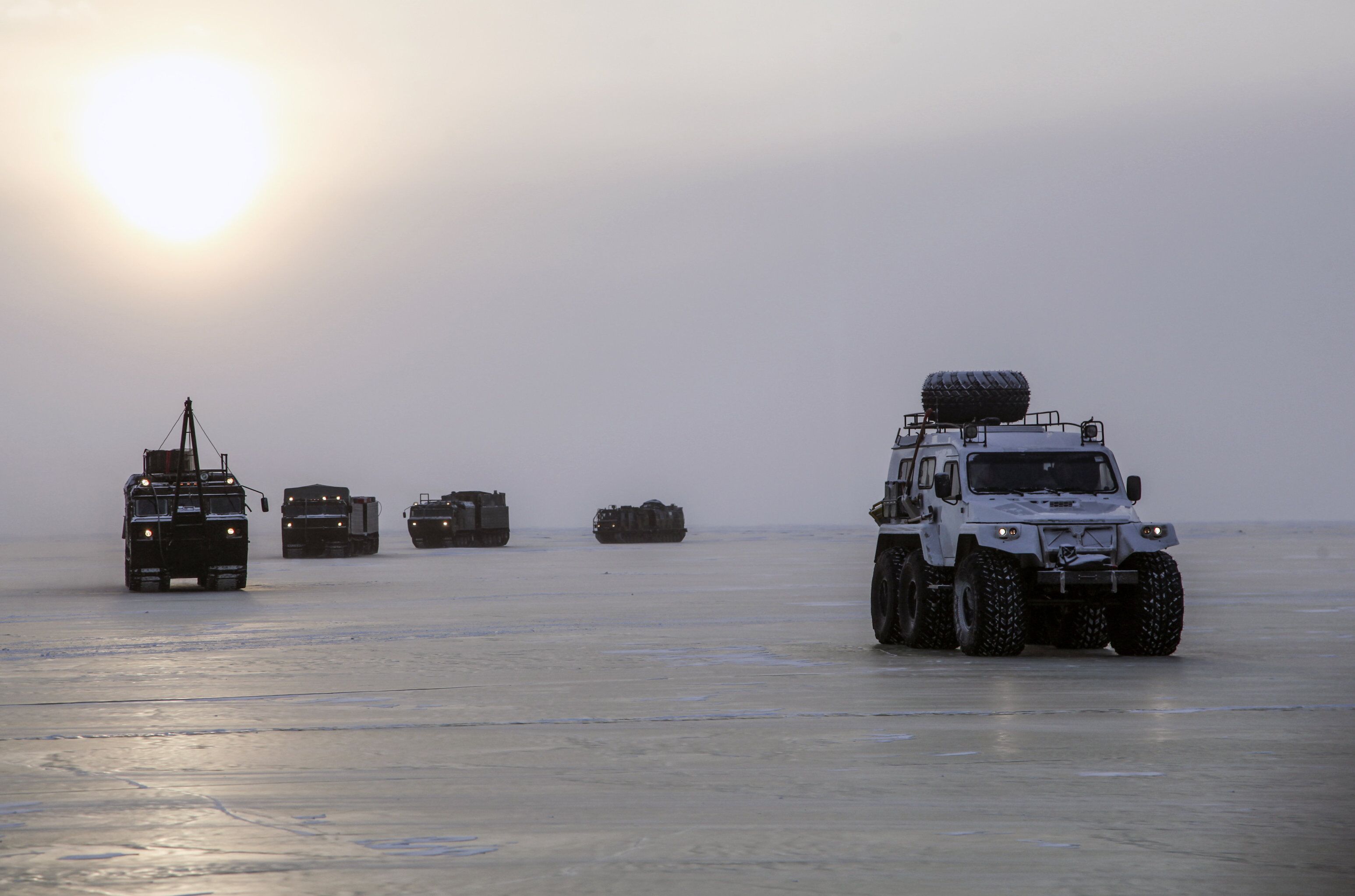 © Photo : Ministry of defence of the Russian Federation
Two-unit tracked transport vehicles and a special vehicle on low pressure tires on the basis of the all-terrain vehicle TREKOL, right, seen as new weapons and military and special equipment are tested in the Arctic.

Over the next several years, efforts are being made to launch nearly 150 projects worth over five trillion rubles (about $88.8 billion US). Four trillion rubles of that is expected to come from private sources. About half of these projects are related to the mining and processing of mineral resources, particularly in Yamalo-Nenets.

"It is here that about 95% of Russian nickel and cobalt, more than 80% of Russian gas, 60% of its copper, and 100% of its barite and apatite concentrate are produced. About 90% of the Arctic's natural gas, 10% of the active world reserves of nickel, 19% of the platinum group of metals, 10% of titanium, and over 3% each of Zinc, cobalt, gold and silver are concentrated in its Russian sector. The fishing industry produces about 15% of [Russia's] fish products."

© AP Photo / Rosneft press service
Russian Arctic’s Oil, Gas Production Possibilities 'Colossal' – Prime Minister
Along with energy and resources, two ambitious projects for the region's development include east-west railways, the White Sea-Komi-Ural (Belkomur) railway, as well as the Northern Latitudinal Line, a planned 700 km project aimed at linking Yamal-Nenets's eastern and western areas. Then there is the Sabetta Port project, a port and LNG plant under construction on the western shore of the OB estuary in the Yamal peninsula.

Among the key governing principles of the current program to develop the Arctic is the Public Private Partnership (PPP). Expert Online pointed out that the Ministry of Economic Development "has proposed a concept of eight core zones in which territories are developed as integral projects – in Kola, Arkhangelsk, Nenets, Vorkuta, Yamalo-Nenets, Taimyro-Turukhansk (Norilsk), North Yakutia and Chukotka. And it is on the principles of the PPP that the development of the North Sea Route is planned," with active participation by Norilsk Nickel, Novatek, and Gazprom Neft, which are building new reinforced ice-class vessels. 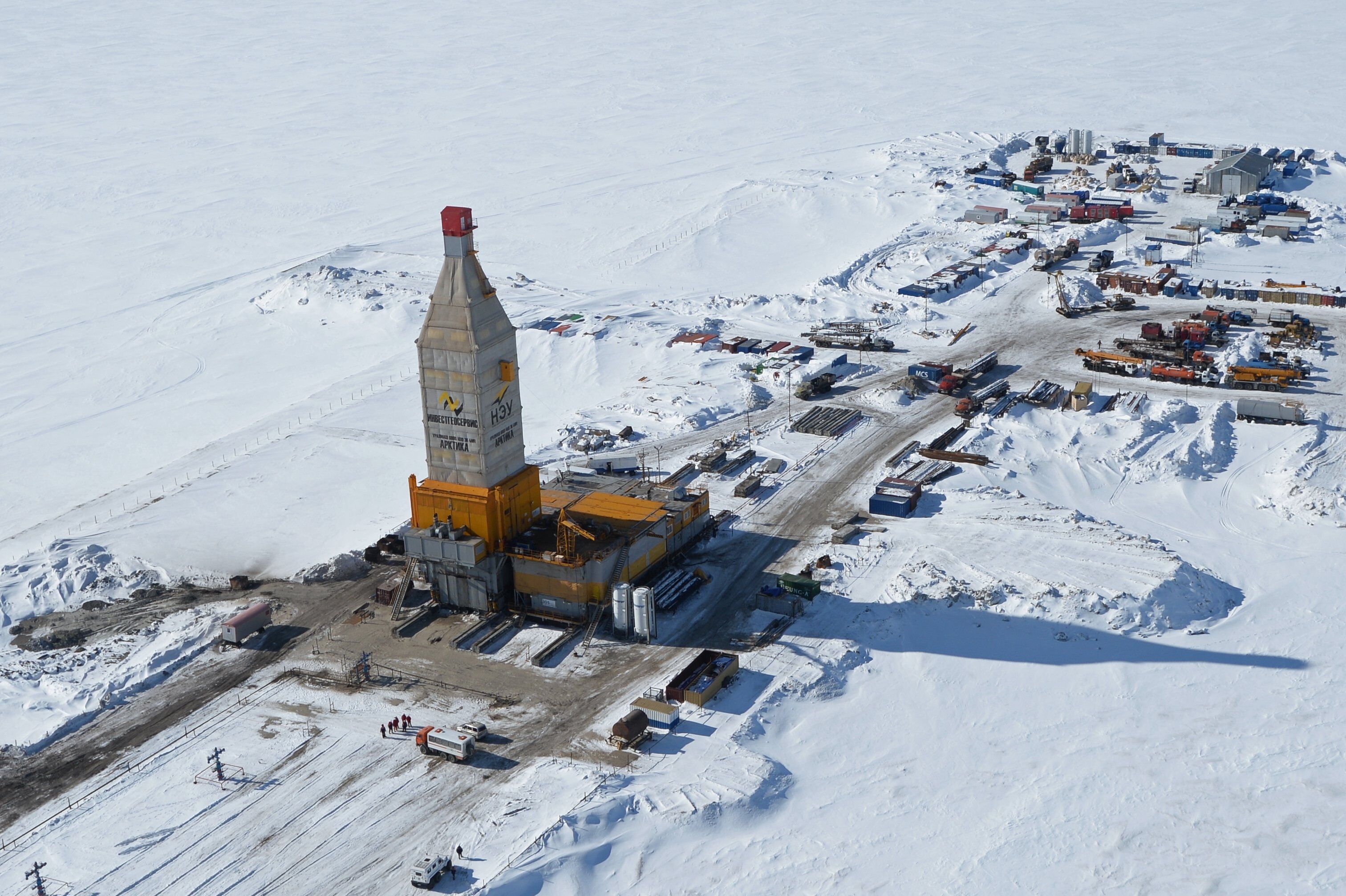 © Sputnik / Mikhail Voskresenskiy
A view of the Arktika rig on the South Tambey gas field in the Yamal-Nenets Autonomous Area, northern Siberia.

According to Expert Online, among the distinctive elements which separate the current Arctic development program from the earlier stages is a new attitude toward environmental concerns, combined with the new technologies which assist in preserving the natural environment.

"As far as the maritime portion of this wave is concerned, questions remain which need to be answered," the portal admitted. "But as far as the projects created on land, Russian companies have repeatedly demonstrated that the technologies they've developed and used in the region are not only [economically] effective, but also environmentally safe. This applies to the first stage of Gazprom's giant Voanenkovskoye gas field in Yamal, the 'Gates of the Arctic' Gazprom Neft Arctic sea oil terminal…and the construction of the Yamal LNG facilities and the new seaport at Sabetta," among others. 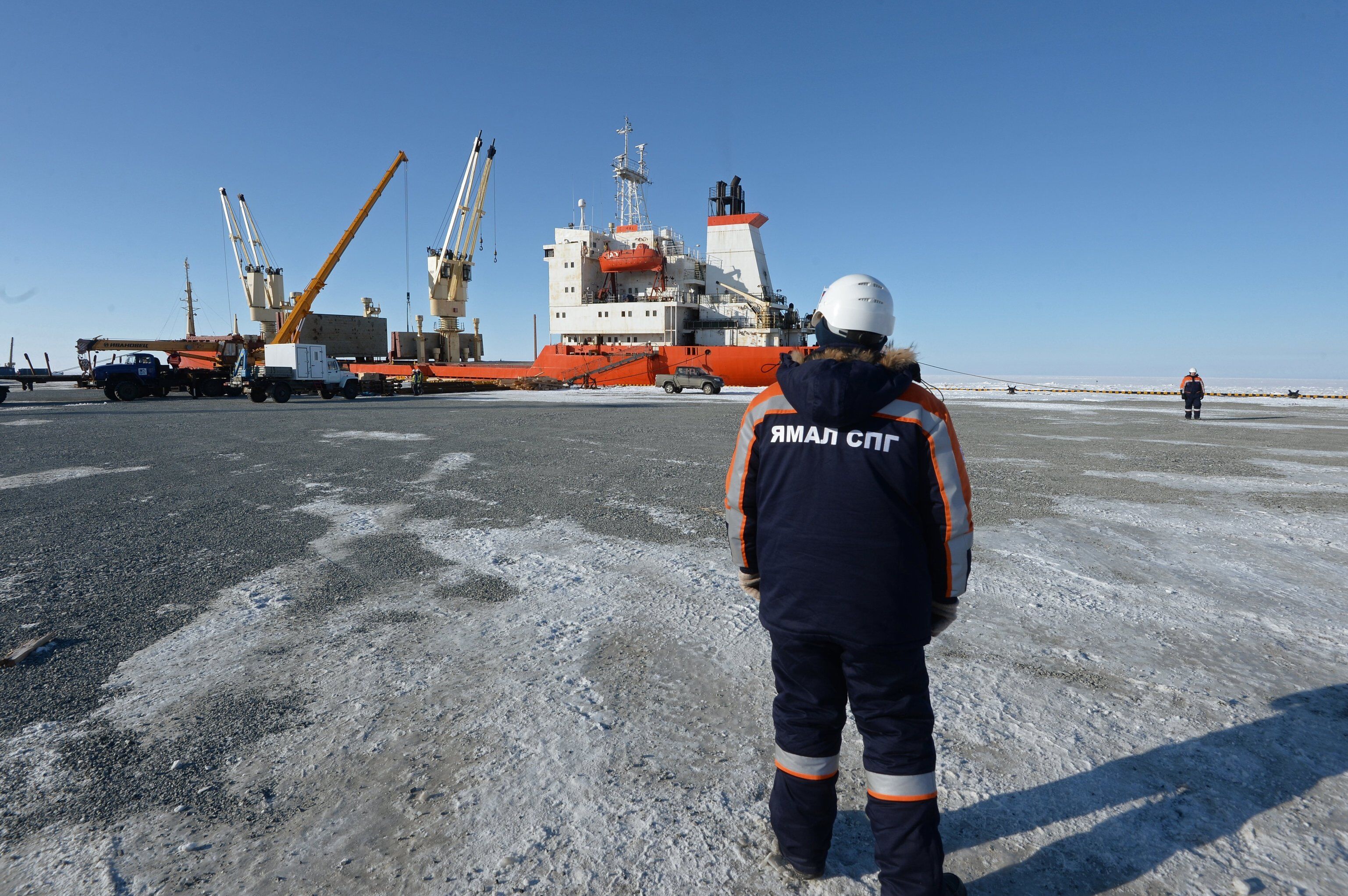 © Sputnik / Mikhail Voskresenskiy
A worker watches a ship being unloaded at Sabetta seaport in the Yamal-Nenets Autonomous Area. (File)

Furthermore, the state, companies and initiatives by environmental activists have been created to help eliminate the environmental footprint caused by the second wave of Arctic development. For instance, according to environmental activists under the All-Russian People's Front, in Yakutia alone there are about 5 million tons of scrap metal, the clearing of which will require 62 billion rubles (or $1.1 billion US).

© Sputnik / Alexei Druzhinin
Environmental Activism: What Putin Did During His Visit to Franz Joseph Land in the Arctic Ocean (PHOTOS)
A series of large-scale cleanup initiatives, from Novaya Zemlya to the Franz Josef Land group of islands, to initiatives in the White and Kara Seas have either been proposed or already implemented, including with the participation of the companies operating in the region.

Finally, Expert Online stressed that the large-scale development of the Arctic requires careful attention to the people who live and work in the region. According to the resource, alongside the regional government and the companies working in the region, the state needs to devote more attention and resources to ensuring comfortable living conditions in northern cities, social protection for permanent residents, and enhanced efforts to stimulate the influx of youth labor. Ultimately, the resource emphasizes that the success of this third wave of development of the Arctic will depend in large part on the state's ability to use its resources to help populate these Russian territories.