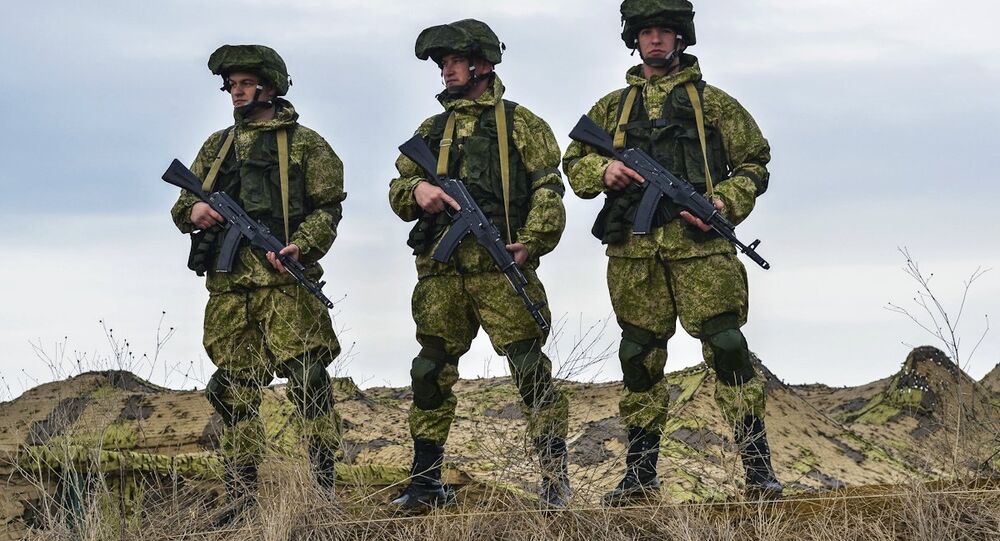 The Russian Black Sea fleet conducted missile-firing drills in Crimea. According to military expert Konstantin Sivkov, the regions of the Black Sea is of strategic importance for Russia's national security.

"In accordance with the combat training plan, missile ships and boats of the Black Sea Fleet have started to implement the 'course task,' during which the crews are confirming their readiness to perform missions at  the sea by a single ship," Trukhachyov said.

In accordance with the plan, troops practiced firing from air-defense missiles and artillery systems.

© Sputnik / Ruslan Krivobok
Russian Airborne Forces Launch Drills in Crimea - Commander
Speaking to Radio Sputnik, Konstantin Sivkov, a member of the Russian Academy of Missile and Artillery Sciences, pointed out that the drills in Crimea are a response that Russia has to deliver to the NATO buildup in the Black Sea region.

"The only explanation behind the Russian drills in Crimea is the rising tensions in the Black Sea. NATO is very active in the region, including regular naval drills and the missile defense deployment in Romania and Bulgaria. Those missile defenses are rather offensive than defensive. This is why the Russian leadership is concerned," Sivkov said.

"Russia has a formidable nuclear arsenal and neither the United States nor NATO will engage in a direct military confrontation with Moscow. However, local conflicts in separate regions are possible. In order to deter such conflicts, Russia needs to demonstrate its military power," Sivkov suggested.
The expert also noted that in recent years the area of the Black Sea has become a zone with an increased propensity for conflict.

"The Ukrainian conflict remains unsolved. The southwestern flank is crucial for Russia’s strategy security. Moreover, Georgia has unresolved territorial problems with Abkhazia and South Ossetia. The Nagorno Karabakh region is also close. To sum up, this is a very tense region," Sivkov concluded.

"Russia is conducting military drills on its own land and Crimea residents feel much safer. In terms of defensive capabilities, Crimea today is an outstanding region. It is Russia’s unsinkable aircraft carrier in the Black Sea," the lawmaker said.