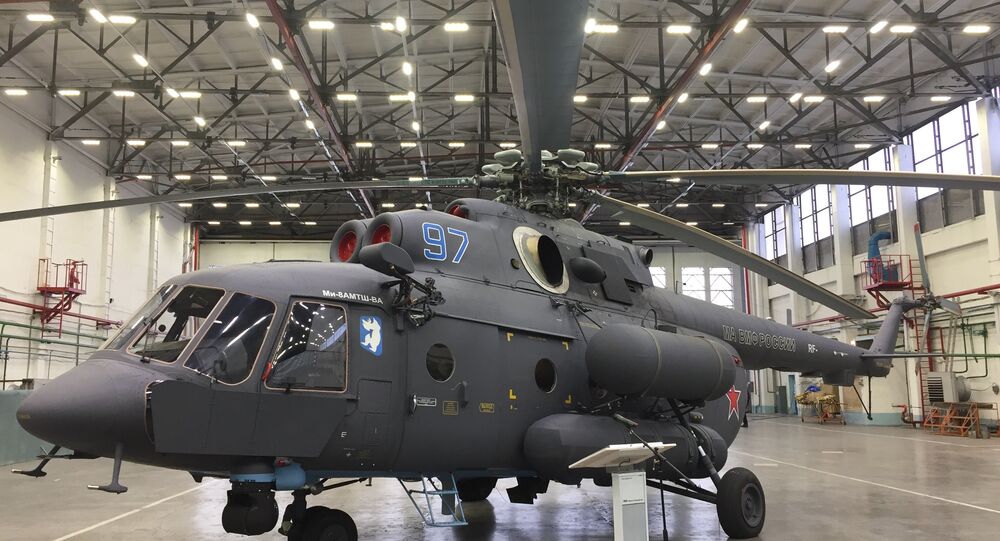 Russian Helicopters to Showcase Mi-8AMT at Int'l Forum in Arkhangelsk

The Russian Helicopters company will showcase the Arctic version of its civil helicopter at the "Arctic: Territory of Dialogue" forum, the company's press service said Wednesday.

"The Russian Helicopters will not only present its advanced machines but will also hold talks with current operators and potential customers of the Russian-made Arctic helicopters at the Arctic forum," the holding said in a press release.

According to the press service, the Mi-8AMT is a civil version of Mi-8MTSh-VA helicopter designed for Defense Ministry operations in the Arctic conditions, in particular, for personnel transportation, carrying cargo, as well as for search and rescue operations.

"We hope that Arctic helicopters will help create transport infrastructure in northern regions and that oil and gas and exploration companies will show interest in it," company's CEO Andrey Boginsky was quoted as saying in the press release.

© Sputnik / Natalia Seliverstova
Anti-Russia Sanctions Brushed Space, Stopped Short at Arctic Cooperation
The Arctic version of Mi-8AMT is equipped with an unparalleled system of operational engine start at temperatures of up to minus 60 degrees Celsius (minus 76 degrees Fahrenheit). The cargo cabin of the machine is equipped with special heat isolation, heating systems for meal and water, heat-insulating curtains, as well as with advanced flight-navigation and radio-communication equipment.

Additional fuel tanks allow the machine to operate for over seven hours at the distances of over 870 miles.

The international forum is scheduled for March 29-30.