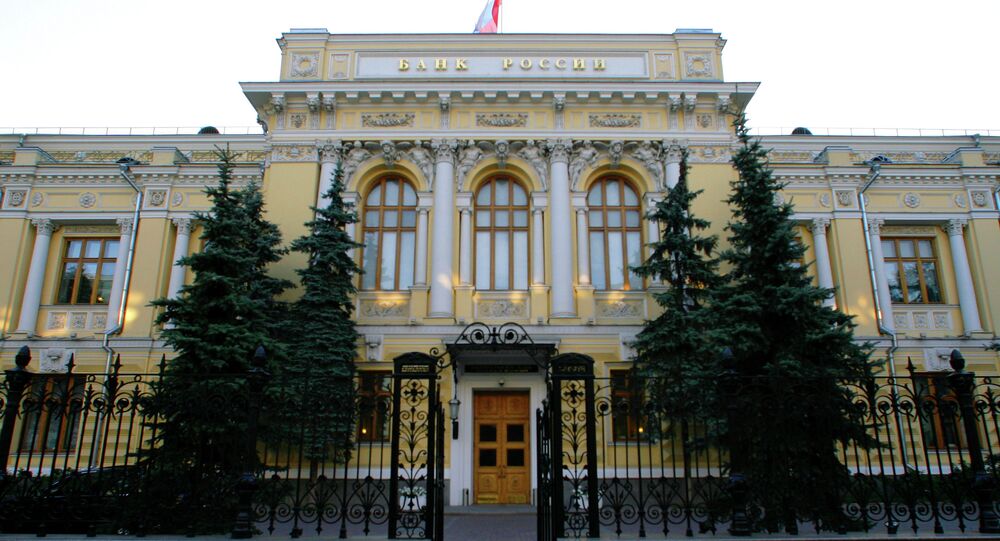 © Photo : Pixabay
Mirroring the US Fed? Eurozone Central Bank Talks Rate Hike
On Friday, the Russian Central Bank lowered its key interest rate by 0.25 percentage points, to 9.75 percent. It was the first time the bank had lowered the interest rate since September 2016, when it was lowered by 0.5 percent to 10 percent.

The 0.25 percent decrease will make little immediate difference to borrowers, but it sends a signal that the bank is looking at further decreases.

"The economic situation is developing more favorably than we expected … inflation is slowing faster than we predicted. Inflationary expectations continue to decrease. All this opens up space for changing the rate. Today we have decreased it by 0.25 percentage points and we allow the possibility for a further decrease in the future," Central Bank head Elvira Nabiullina told a press conference following the board of directors' meeting.

"There might be pauses, but we see a trend towards loosening and decreasing the interest rate in the medium-term. But we will do that very carefully and smoothly."

At its last meeting in February, the bank had decided against raising the rate because of the Finance Ministry's intention to purchase large amounts of foreign currency on the Moscow Exchange.

From February 7 to March 6, the Central Bank purchased 113.1 billion rubles ($2 billion) worth of foreign currency on behalf of the Finance Ministry, RIA Novosti reported.

On March 3, the ministry announced its plan to spend another 70.5 billion rubles ($1.2 billion) on foreign currency purchases from March 7 to April 6.

However, the amount was not significant enough to affect the ruble exchange rate, which remained stable.

© Sputnik / Maksim Bogodvid
Russia's (Literal) Moneymakers Tell Sputnik Why Ruble is World's Most Secure Currency
Decreasing inflation also led the bank to decrease the interest rate. The Central Bank has adopted an inflation target of around four percent, which it believes the economy is on course to reach by the end of the year. On March 20, annual inflation had reached 4.3 percent, Nabiullina said.

Chief Economist of Alfa Bank Nataliya Orlova told RIA Novosti that the decrease signals the bank's conviction that inflation is under control.

"We completely understand the Central Bank's argument. Inflation decreased sharply in February and March and under favorable conditions it might reach the four percent mark this summer, reflecting the success of the Central Bank's strict policy. Decreasing the rate by 25 basis points says that the Central Bank doesn't have concerns about not reaching its inflation target this year," Orlova said.

"The next meeting is scheduled for April 28 and we expect the rate to drop another 25 basis points. In fact, considering that world markets are in a state of excessive optimism, we shouldn't exclude their future correction and we think the Central Bank should lower the rate further before the situation on the global markets gets worse. On that basis, we think that by the end of this year the interest rate will be in the range of 8.5 – 9 percent," Orlova said.