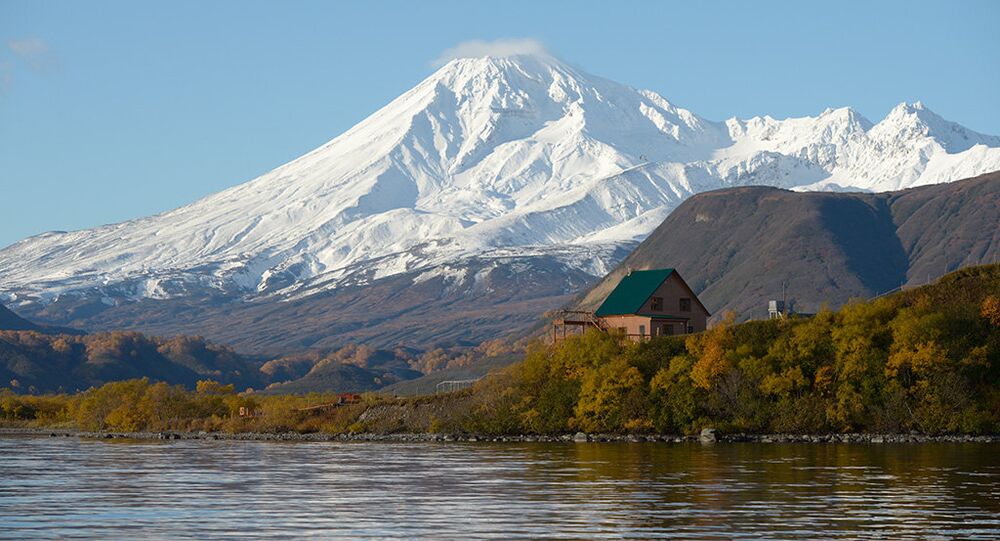 The Kambalny volcano on the Kamchatka peninsula has started spewing ash after waking from a 250 year period of inactivity.

© Sputnik / Vladimir Smirnov
From the Kremlin to Kamchatka's Hot Springs: Top 20 'Must See' Places in Russia
The area around the Kambalny volcano in Kamchatka has been put on alert after the volcano started spewing ash for the first time in over 200 years, RIA Novosti reported on Saturday.

The Kamchatka Volcanic Eruption Response Team (KVERT) of the Russian Academy of Sciences' Institute of Volcanology and Seismology has notified air traffic controllers of the danger of a volcanic eruption.

The volcano has been assigned an orange aviation color code, which means that the volcano is exhibiting heightened unrest with increased likelihood of eruption.

Residents in the village of Ozernovskiy, the nearest settlement located 77 km away from the volcano, have been informed of the threat.

A video of the volcano uploaded to Youtube by Alexander Solodikov.

"No tourist groups have been registered in the region of the volcano," the local Ministry of Civil Defense, Emergencies and Disaster Relief (MChS) told RIA Novosti.

The Kambalny volcano is the southernmost active volcano on the Kamchatka peninsula. According to data from the Institute of Volcanology and Seismology, the volcano last erupted in 1769.

There are more than 300 volcanos on the Kamchatka peninsula, 29 of which are thought to be active. In December, the northernmost volcano on the territory, Shiveluch, erupted and spewed ash to a height of 11,000 meters above sea level.