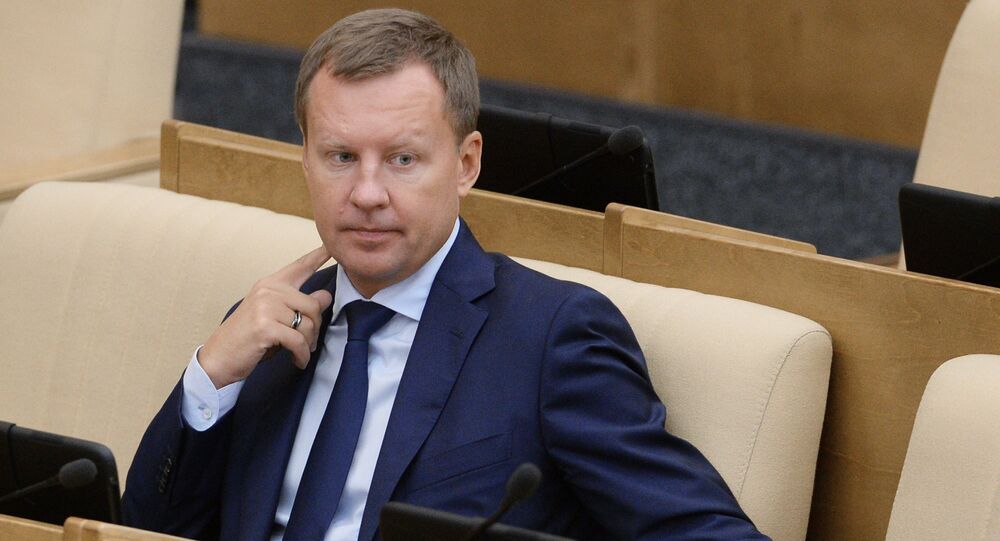 The Kremlin believes that claims of a so-called Russian trace in the reported killing of ex-lawmaker Denis Voronenkov are absurd," Kremlin spokesman Dmitry Peskov said Thursday.

"We believe that any allegations that are already being heard of the notorious Russian trace are absurd," Peskov told reporters.

He said Kiev was unable to ensure Voronenkov's safety and stressed that "we hope that the killer and those who are behind those actions will be identified."

Addressing Voronenkov's assassination in central Kiev earlier in the day, the Kremlin spokesman said "the killing of a person is always a tragedy."

There are no obstacles or entry bans for the widow of the slain former Russian lawmaker to return to Russia, Peskov said.

"No one shut down entrance for her, she does not need to turn anywhere," Peskov said of Denis Voronenkov's widow Maria Maksakova.

© Sputnik / Vladimir Fedorenko
Putin Briefed on Ex-Lawmaker's Death in Kiev - Kremlin
Earlier in the day, Peskov said that Putin was briefed on Voronenkov's death in Kiev.