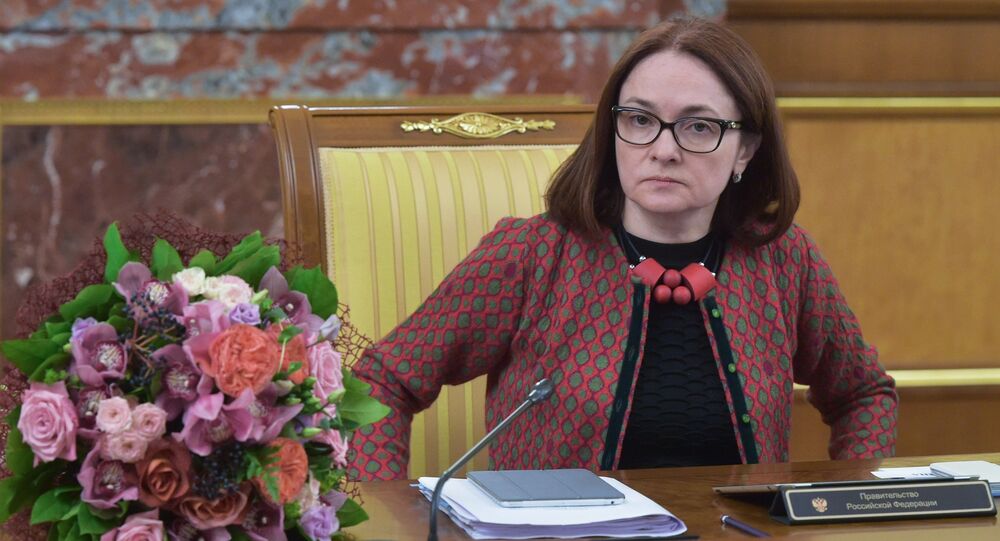 Russia has introduced safeguards against the risk of being shut out of international transaction systems such as Society for Worldwide Interbank Financial Telecommunication (SWIFT) after anti-Russian sanctions introduced by the West, Russian Central Bank Governor Elvira Nabiullina said Wednesday.

© Photo : https://twitter.com/swiftcommunity/
Iranian Banks Able to Reconnect to SWIFT Due to Sanctions Relief
MOSCOW (Sputnik) — Western sanctions, introduced in 2014 after the outbreak of the Ukrainian crisis, exposed Russia's vulnerability in relying on foreign transaction systems and led to the development of a national payment system that would serve as backup in case Russian banks again faced pressure from abroad, the central bank head explained.

"There was the threat of being shut out of SWIFT. We updated our transaction system, and if anything happens, all SWIFT-format operations will continue to work, we created an analogous system," Nabiullina said during a meeting with Russian President Vladimir Putin.

"Over 90 percent of cash machines and payment terminals are ready to accept our own Mir card… We consider 2017 to be an important year, a turning point in the spread of Mir cards," Nabiullina said.

The Mir national payment system started operating in Russia on April 1, 2015. The system was created after Visa and MasterCard ceased to serve some Russian banks' credit cards due to US sanctions imposed on Russia. Mir, operated by the National Payment Card System (NSPK), seeks to ensure the sovereignty of the national payment industry and secure the processing of domestic transactions using Russian bank cards.

NSPK has now also taken over Visa and MasterCard operations inside Russia. The Central Bank has also set up its own electronic finance message transfer system as an alternative to SWIFT. Most Russian banks started using the system by early 2016.