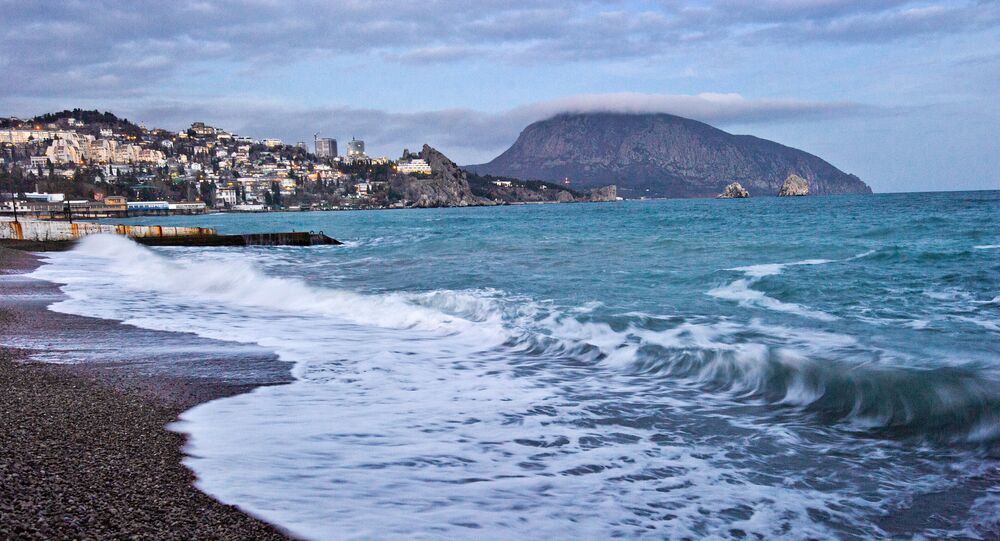 European lawmakers have taken stock of their official visit to Crimea and expressed a desire to return to the peninsula to spend summer holidays.

© Sputnik / Maxim Blinov
Moscow Fireworks Mark Third Anniversary of Crimea’s Reunification With Russia
SIMFEROPOL (Sputnik) — On Saturday, Crimea celebrated the third anniversary of its reunification with Russia. On Sunday, a delegation consisting of about 20 people, including members of the European Parliament, politicians from EU member states, CIS countries and Latin America, all arrived in Crimea. The members of the delegation had a tour through local sights and held meetings with the regional authorities.

According to the organizers of the visit, lawmakers from Ukraine, Latvia, Lithuania and Hungary, who had been initially expected to join the delegation, refused to arrive at the last moment.

Nigel Sussman, a member of the UK Independence Party (UKIP) said that he liked his stay on the peninsula and the Crimean nationals themselves impressed him most of all.

© Sputnik / Konstantin Chalabov
Crimea Wanted to Hold Referendum in 1994, but Subdued by Kiev – US Media
Crimea is a wonderful place, and after communication with the local residents it became clear that the referendum on its reunification with Russia was fair, Sussman said at a press conference at the Rossiya Segodnya International Information Agency.

According to Sussman, it is unclear why the West has imposed anti-Russian sanctions in regards to Crimea and hopes that diplomatic efforts will remove them, despite being sure of the most direct process to do so.

Serbian lawmaker Milovan Bojic has shared this view and said that after visiting Crimea it becomes clear on which side the truth is.

"I have a great experience and after visiting Crimea I understand very well, where the truth is… I will do my best to bring the truthful information not only to my [Serbian] nationals but also to the Europeans… to my mind, the whole discontent of Ukraine is baseless… the whole this story about human rights violations, which Kiev mentions, just proves that the West is afraid of strong Russia," Bojic said.

The European lawmakers have also expressed desire to return to Crimea in summer.

"I will visit Crimea with great pleasure once again. I have already received the invitation to attend the [Yalta] economic forum, but, If i fail to arrive, I will definitely go there with my family in summer," Bojic said.

Sussman also expressed the desire to return to Crimea and to see tourist advertisements for Crimea in the United Kingdom.

"The Ukrainian security service has checked the information about the politicians from Europe and other countries staying in Crimea… It became known that four Serbian and one Czech nationals are illegally staying on the territory of the Crimean autonomous republic. The NSDCU has taken a decision to ban them from entering Ukraine for five years," Elena Gitlyanskaya, a spokeswoman for the NSDCU, said Monday.

The region of Crimea rejoined Russia in March 2014 following the national referendum, with almost 97 percent of the residents having voted for the reunification. Ukraine still considers Crimea as an occupied territory.

Putin 'Would Take Same Decisions About Crimea' Now as in 2014