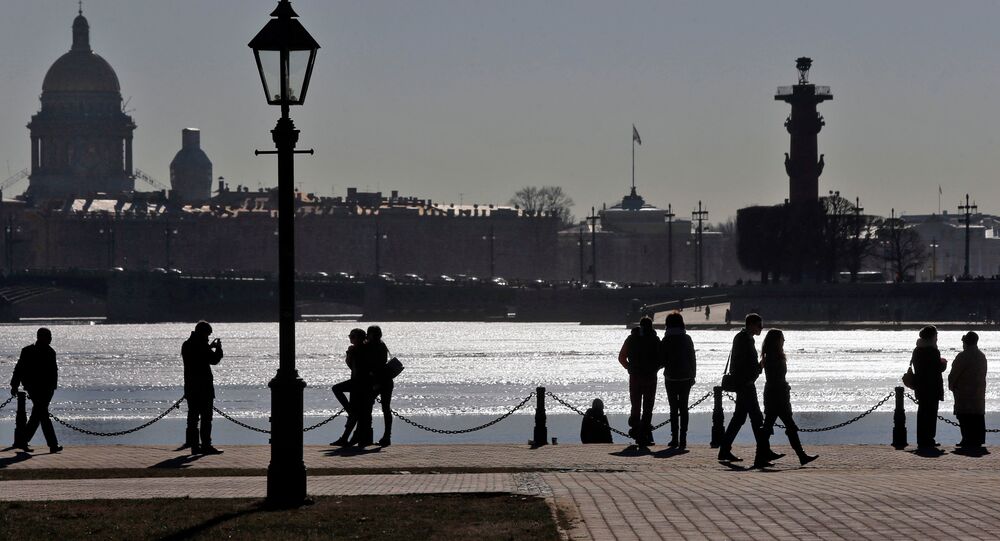 A whopping 76% of Russians are opposed to any effort by the government to lift Western sanctions against Russia, a recent poll by the Russian Public Opinion Research Center (VTsIOM), the country's oldest polling institution, has found.

According to the polling agency's report, over three quarters of respondents said that Russia should not push to lift sanctions, since they harm those countries which introduced them just as much as they do Russia; those countries should therefore be the ones to lift them, respondents said. The 76% figure is up from 57% who held a similar view in 2015.

18% of those polled said that measures need to be taken to lift the restrictions, citing their weighty economic consequences on Russia. Two years ago, 33% held that view.

© Sputnik / Vladimir Sergeev
Independent Poll Reveals Many Europeans, Americans See Crimea as Russian
VTsIOM's polling also found that over half of Russians — 59%, are prepared to endure economic difficulties if it is ensured that Russia's Ukraine policy does not change.

The polling agency carried out its survey between March 1-2, 2017, holding telephone interviews with 1,200 people from across Russia's cities and regions. The maximum margin of error for the polling is considered to be no higher than 3.5%.

In VTsIOM's press release, the polling agency's research projects director Mikhail Mamonov explained that the findings show that sanctions have become "routinized" in the public's eyes.

"The public has become accustomed to the sanctions' existence, while the negative consequences have lumped in with those of the general economic slump," Mamonov said. "Moreover, for the first time since monitoring started, a group of respondents has emerged pointing to the sanctions' positive impact." This, according to the sociologist, indicates that Russia's program of import substitution has met with success.

"We should not hope for any mercy from [the EU and the US] in this sense, and we even do not need that, because in conditions of sanctions, as the experience of the past two years has proven, we are able to develop, and actually develop well," Medvedev said.

Beginning in 2014, the European Union and the United States introduced several rounds of restrictive measures against Russia, accusing it of interfering in the political crisis in Ukraine following the February 2014 Maidan coup. Moscow has denied the accusations, and responded by imposing a food embargo on products originating in countries that targeted it with sanctions. The countersanctions, which hit the EU much harder than the US, have cost Western agricultural producers tens of billions of dollars.