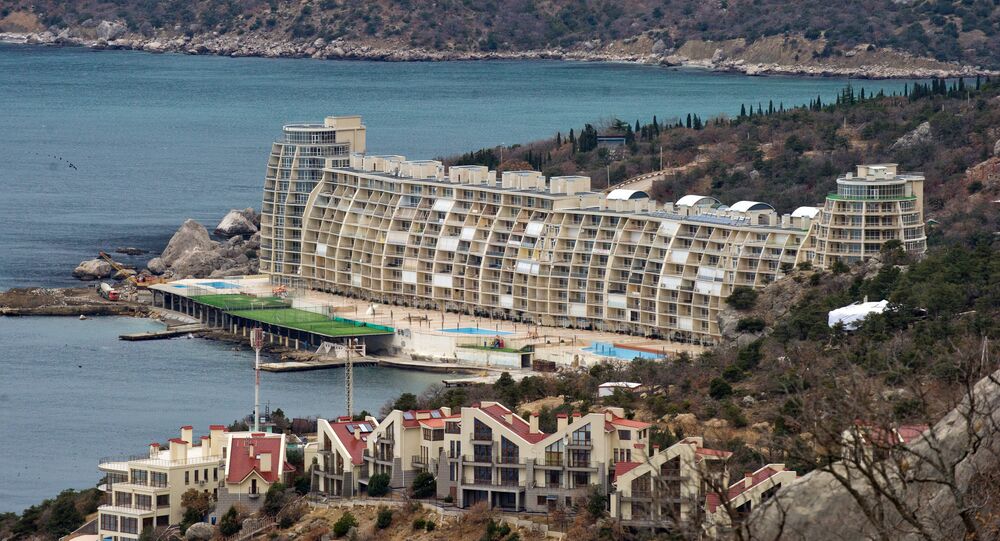 Republic of Crimea Head Sergey Aksenov has claimed that the European politicians who share the view that the peninsula should be recognized as part of Russia are prevailing over those who oppose it.

MOSCOW (Sputnik) — A growing acceptance of Crimea as a part of Russia is evident in Europe with the rise of new politicians on the continent, Republic of Crimea Head Sergey Aksenov said.

"The dynamics are obviously positive… The situation is changing in the European countries. I think the politicians who are insisting that anti-Russian sanctions should be lifted and that Crimea should be recognized are clearly leading. This is gaining momentum even if the media is not providing an objective and balanced view of what is happening in Russia and in Crimea. There is a complete information blockade," Aksenov said while broadcast by the Perviy Krymskiy channel on Tuesday.

The eventual international recognition of Crimea as Russian is inevitable, he added, stressing that no further procedures were necessary to prove the democratic nature of the 2014 referendum.

"There will be no re-run of the referendum, there is no point of holding it, we don't have to prove anything to anyone. This is my firm conviction. Theoretically, even if it did take place, then I am sure that there results would be even more [in favor of rejoining with Russia]," the regional head stated.

© Sputnik / Vladimir Astapkovich
Crimea's Reunification With Russia: People 'Really Wanted to Return Home'
The comments come as Crimea marks the third anniversary of leaving Ukraine and rejoining with Russia, a move that caused a standoff between Russia and the West, with the latter imposing anti-Russian sanctions and refusing to recognize the new status of the Black Sea peninsula. Russia stressed that Crimea's accession took place democratically in accordance with international norms.

Crimea rejoined Russia in early 2014, with the accession taking place on March 18-19. This was the result of a referendum on the peninsula, when 96.77 percent of Crimean voters and 95.6 percent of Sevastopol citizens voted in favor of rejoining Russia.