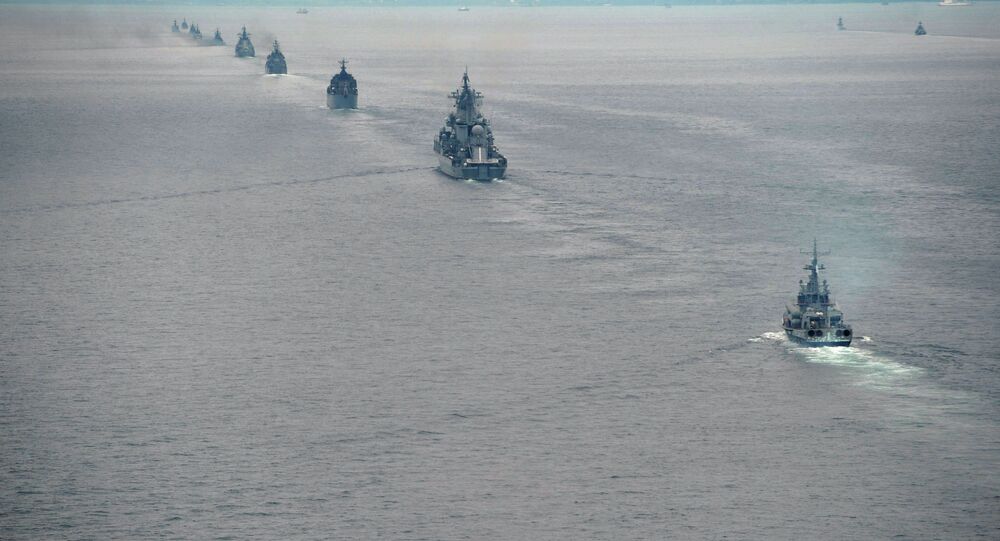 VLADIVOSTOK (Sputnik) — According to Matveev, A Pacific Fleet anti-submarine ship strike group took part in an exercise whereby anti-submarine corvette crews on the Ust-Ilimsk and the Sovetskaya Gavan vessels undertook a number of tasks to find an improvised enemy submarine and destroy it.

The simulated target submarine was destroyed with bombs and torpedoes, he added, noting that warship crews also carried out live firing involving naval and air targets as well as practiced various tasks on board their vessels.