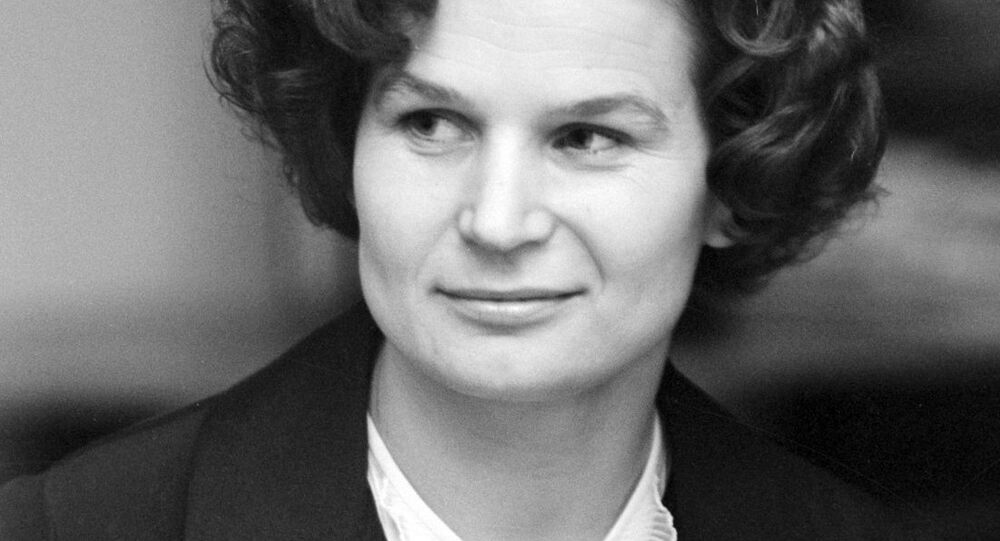 On March 6, 2017, Soviet cosmonaut Valentina Tereshkova turns 80. In an interview with Sputnik, the head of the Yuri Gagarin's Cosmonaut Training Centre (CTC ), Yuri Lonchakov, shared his impressions of this outstanding woman.

© Sputnik /
Valentina Tereshkova, Legendary Soviet Cosmonaut Who Became First Woman in Space
20
Valentina Tereshkova became the first woman to travel in space. She is the only woman who went on a space trip alone and spent three days in the earth's orbit.

Nowadays, Tereshkova is still an active and highly-respected member of the Russian cosmonaut community, who plays a crucial role in the implementation of the Russian Space program and holds the post of deputy chairman in the Moscow Duma Committee on federal affairs.

"We love and respect her very much. Valentina has been supporting the CTC for many years. She always visits us on April 12 [Cosmonautics Day] and often travels to the city of Gagarin on March 9, on Yuri Gagarin's birthday. She is a wonderful, bright person, loyal to cosmonautic traditions. Holding a post of Deputy Chairman of the Moscow Duma Committee on federal affairs, she helps a lot in implementing our common goals; we often ask her for support," Lonchakov told Sputnik.

© Sputnik /
Telling the Untold: Unknown Parts of Cosmonaut Gagarin's Conversations With Ground Control
According to Lonchakov, Tereshkova's experience and her deep understanding of the CTC's work have been crucial for the successful implementation of the Russian Space Program.

He also noted that Tereshkova is a very kind person who seeks to help those in need, especially in the Yaroslavl region, where she was born.

"She often visits orphan homes to talk to kids and brings them a lot of presents. She doesn't have any free time for herself — from morning until late at night she lives for people, involved in their concerns," Lonchakov said.

Valentina Tereshkova was only 26 years old when she embarked on her space trip aboard the Vostok 6 spacecraft in 1969. Before she became a cosmonaut, she was a textile-factory worker and an amateur skydiver.