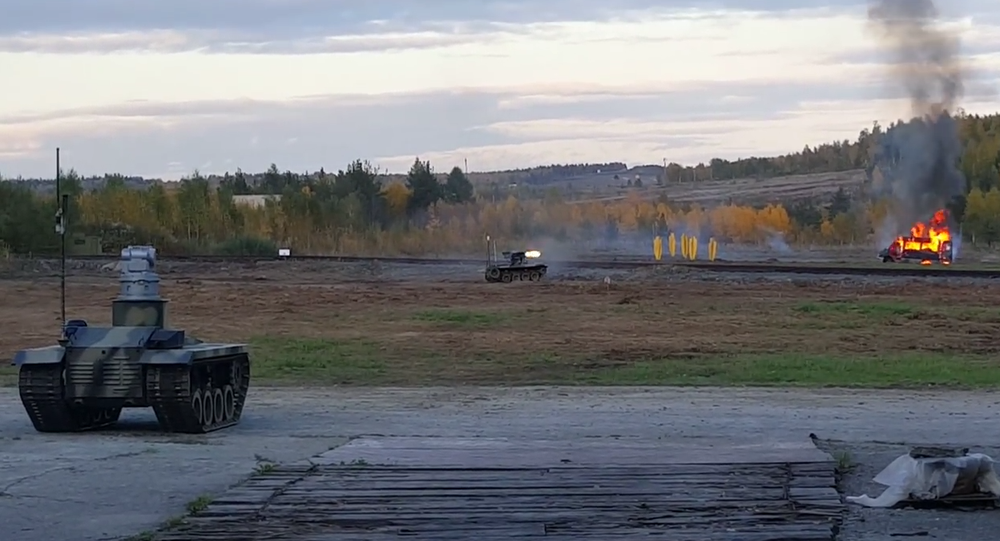 Robocode: Russia Drawing Up 'Rules of Conduct' for Combat Robots

Russia will have a complete list of rules of conduct for combat robots all laid out before the end of summer, Alexei Kononov, a senior expert at the Future Research Fund in Moscow, told Sputnik.

"We need a unified system of on-ground testing of robots. When creating testing grounds for robots we need to have in mind their behavior in an autonomous mode, security considerations and also the more advanced computer technology they run on. We expect to get the job done before the end of summer,” Kononov said.

© Photo : Concern Kalashnikov
Russian Army to Put Into Service Soratnik Combat Robots in 2017
He added that even though they now have robots ready for field trials, testing grounds for them are scattered all across the country.

“We don’t need to create “robodromes” from scratch. We should make more rational use of existing ranges where the robots will be tested both individually and in coordination with other weapons systems, including manned ones.”

He underscored the need for national testing grounds for the new generation of Russian combat robots.

“We need at least three ‘robodromes’ – one for testing naval robots, one for ground robots and one for aerial ones,” Alexei Kononov noted.

The Future Research Fund is an advanced military research agency. Founded in 2012, the FRF is tasked with informing the country’s leadership on projects that can ensure Russian superiority in defense technology.

© Photo : Youtube/ TV Zvezda
Russia Mulls Sending Uran-9 Combat Robots to Syria
It will also analyze the risks of any Russian technological shortcomings and technological dependence on other powers.

In late 2015 a robotics center was established as part of the FRF.

Weapons of the Future: Can Robots Replace Humans on the Battlefield?