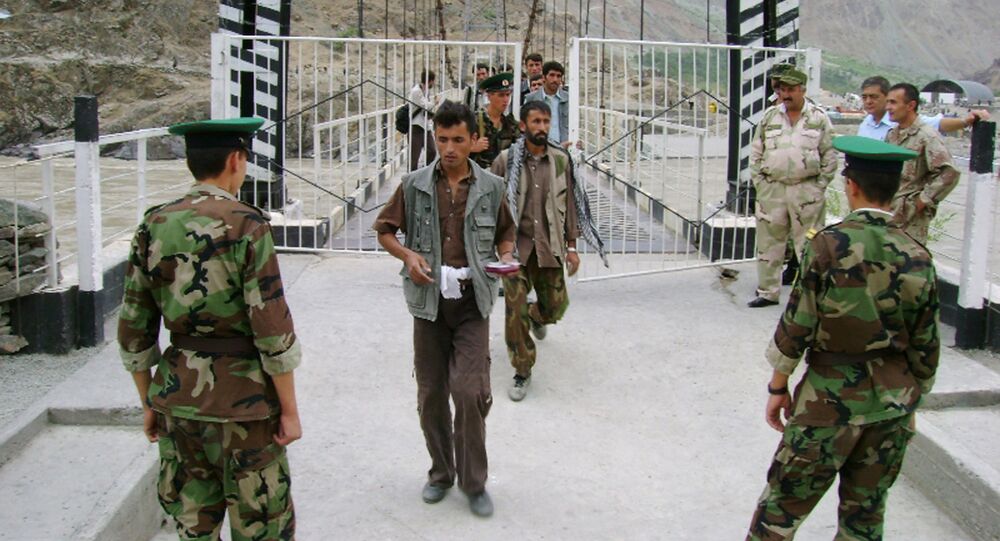 Moscow and Dushanbe have agreed to intensify efforts to protect the Tajik-Afghan border, using a Russian military base, Russian President Vladimir Putin said Monday after talks with his Tajik counterpart Emomali Rahmon.

Afghanistan had been facing instability for many years with the government troops fighting against the Islamist terror organization Taliban seeking to establish a strict Sharia law in the country. The turmoil results in the rise of other terrorist groups such as Daesh, outlawed in Russia.

"We are concerned over a rapid growth of drug trafficking, transnational crime and in this regard we agreed to intensify joint actions to protect the Tajik-Afghan border, including using the capabilities of the Russian military base in Tajikistan," Putin said.

"The sides will continue coordination of efforts aimed at neutralizing security threats coming from the southern direction against the Commonwealth of Independent States," the statement after Putin-Rahmon talks said.

© AP Photo / Folad Hamdard
Putin: Situation in Afghanistan Concerning, Decisive Actions Needed
According to the document, Putin and Rahmon agreed that the presence of Russia's 201 military base in Tajikistan remains an important factor in ensuring regional security.

The two presidents also discussed the situation in Afghanistan and the necessity to continue cooperation in the military and technical sphere in order to cope with challenges and threats posed to regional security.

In 2016, President of Tajikistan Emomali Rahmon and his Afghan counterpart Mohammad Ashraf Ghani said it was necessary to bolster security on their countries' shared border.

Putin Expresses Condolences to Leaders of Pakistan, Afghanistan Over Quake