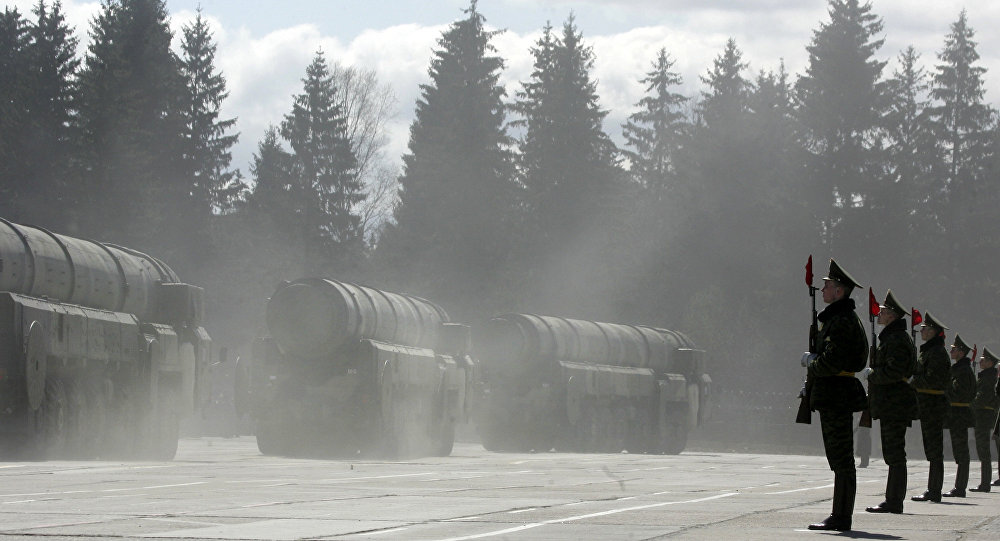 Russia is now upgrading its nuclear arsenal to the number allowed by the New Strategic Arms Reduction Treaty (START), according to Franz Klintsevich, first deputy chairman of Russia's Federation Council Committee on Defense and Security.

"I’d like to note that according to the treaty there is a limit of 1,550 nuclear warheads for each of the sides. While the US surpasses this limit Russia still falls behind. I guess it is no secret that currently Russia is adjusting its nuclear arsenal to reach those limits," Klintsevich told Sputnik.

Earlier this week, US President Donald Trump called the New START treaty a "one-sided deal" and vowed to ramp up US nuclear capabilities.

Dmitry Novikov, deputy chairman of the Russian parliamentary foreign affairs committee, argued that such statements indicate that President Trump yields to pressure from the US establishment.

According to the lawmaker, those holding the key position in the Trump administration are "ready to adhere to the same foreign policy of the Obama administration."

© REUTERS / Kevin Lamarque
Empty Threat: Trump's Statements on US Nukes 'Leverage Against Russia'
"Relations between Moscow and Washington will depend on whether Trump will yield or not to pressure from the establishment. Thus far, taking his statements into account, he is yielding to this pressure," Novikov told Sputnik.

He added that Trump never promised to cut military spending in the US and in this context "there should be no illusion about a dramatic change in the US foreign policy agenda."

In 1972, the Soviet Union and the United States signed Strategic Arms Limitation Talks Agreement, or SALT I, which capped the number of ballistic missiles at the existing level.

Both Russia and the United States are also parties to the international Treaty on the Non-Proliferation of Nuclear Weapons, whose aim is to prevent the spread of nuclear weapons and relevant technology.