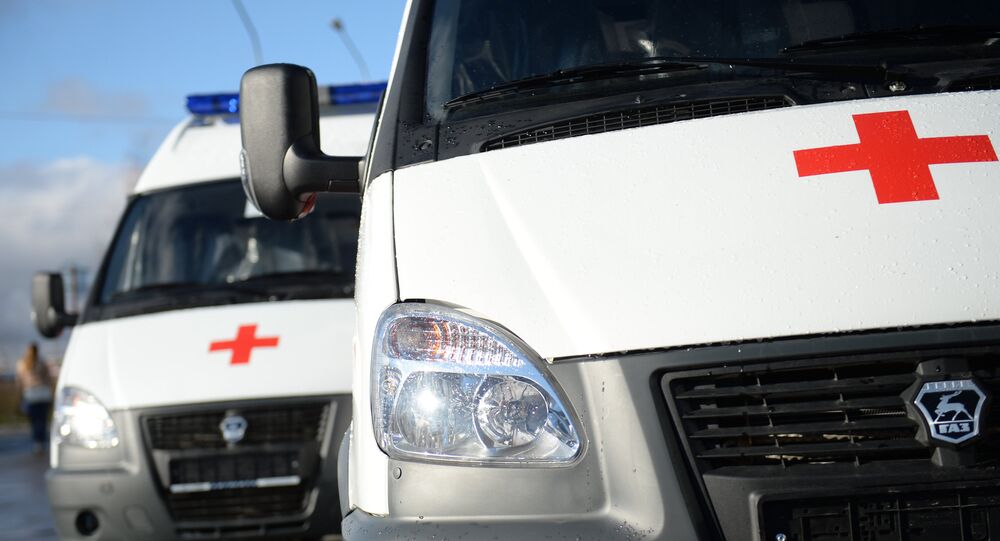 A bus-truck collision in Russia’s Kamchatka Territory has led to the injury of over a dozen people.

© REUTERS / Anouk Antony
Train Collision in Luxembourg Kills at Least One
PETROPAVLOVSK-KAMCHATSKY (Sputnik) – A bus-truck collision in Russia’s Kamchatka Territory has led to the injury of over a dozen people, the regional branch of the Russian Emergencies Ministry announced in a statement.

"There were about 25 people in the bus at the time of the accident. According to operative data, the driver and four of the bus passengers were blocked in the vehicle as a result of the collision [with a truck]," the statement says.

The Kamchatka Territory Investigation Department said that there were 32 passengers in the bus at the time of the accident.

The accident occurred late on Wednesday. The blocked passengers and the bus driver have been taken out of the vehicle and were then taken to a local hospital, the regional emergencies authorities said.

"A total of 20 people were injured as a result of the accident … Two people, including a 13-year-old girl, are in serious condition," Minister of Health of the Kamchatka Territory Tatyana Lemeshko said in a statement.

According to the regional Transport Ministry, the accident occurred when the truck did not give way to a bus when turning onto a main road from a side street.

Collision of Trains in Luxembourg Leaves at Least Six Injured