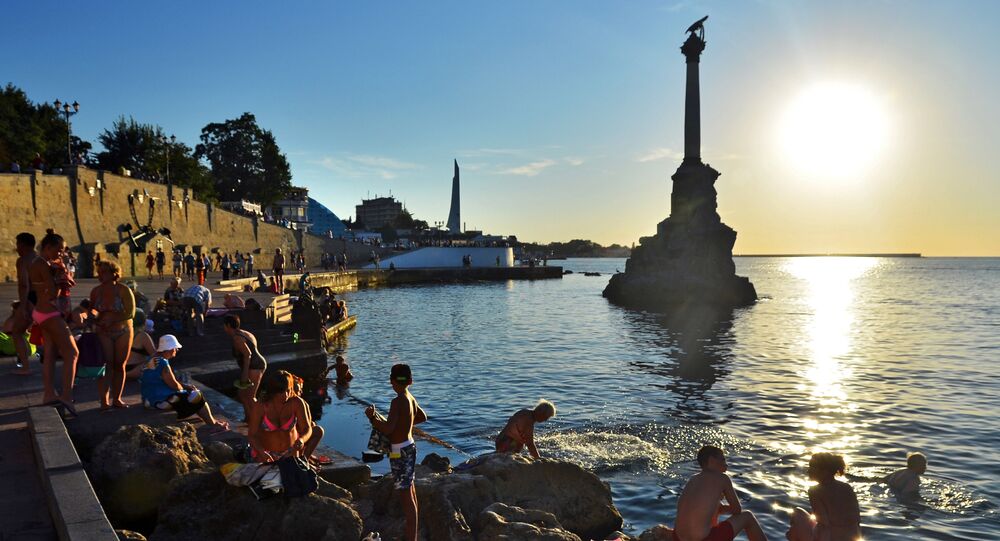 Crimea's budget revenues have reached nearly double what they were while the peninsula was part of Ukraine, and that's without accounting for any federal aid, republic head Sergei Aksyonov said Wednesday.

Speaking before the Crimean parliament, where he reported on the work of the regional government over the past year, Aksyonov pointed out that even a trade blockade by Ukraine, and years of sanctions from Western countries, haven't stopped regional budget revenues from almost doubling.

© Sputnik / Evgeny Biyatov
Trump's 'Mixed Signals' on Crimea Have EU Stumped and Intrigued
"I'd like to point out that even in the best of times under Ukraine, Crimea's budget amounted to just over 22 billion rubles," (about 5.8 billion hryvnia under the old exchange rate of 3.8 rubles per hryvnia), Aksyonov recalled. In 2016, local authorities collected roughly 40.6 billion rubles of tax and non-tax revenues for the Republic's consolidated budget.

"In other words, in three years, in spite of the blockade and the sanctions, in spite of the difficult period of transition, Crimea has come into budget revenues that are almost double what they were under Ukraine, even without accounting for federal aid," Aksyonov said.

According to the official, revenues also grew almost by about 30% in 2016 compared with 2015. Tourism became one of the main drivers of the local economy, bringing in 2.4 billion rubles worth of revenues last year. Another positive trend was the significant increase in funding for core sectors of the economy, as well as the social sphere, Aksyonov noted.

Crimea broke off from Ukraine and rejoined Russia in March 2014, following the Maidan coup in Kiev in February of that year. Concerned by the new Ukrainian authorities' anti-Russian attitudes, Crimean officials organized a referendum on the peninsula's status. Amid voter turnout of over 80%, more than 95% of Crimea's residents voted in favor of rejoining Russia, almost 60 years after it was first handed over to the Ukrainian Soviet Socialist Republic by Nikita Khrushchev in 1954.