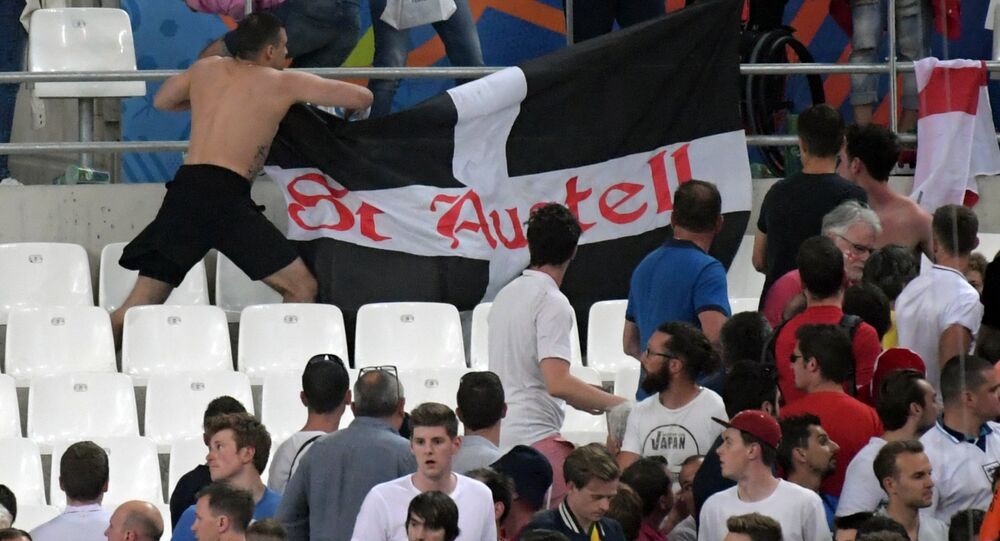 The recent BBC documentary about Russian football fans is another attack on Russia and an attempt to discredit the country, Russian Deputy Prime Minister Vitaly Mutko said Friday.

MOSCOW (Sputnik) — Late on Thursday, BBC aired a film, dubbed "Russia's Hooligan Army," based on the events of the UEFA Euro 2016 championship in France, when at least 30 people were injured in clashes between Russia and England fans after a football match in Marseille.

"Many seek to discredit us, to intervene, to find weak spots… We understand perfectly well that when such films, made in haste, are aired, it is an attack on Russia," Mutko, who is a former sports minister,  told reporters.

He added that it would have been better to air the 2008 Champions League Final, during which 40,000 Britons arrived in Moscow, and ask them whether they had faced any problems.

© REUTERS / Kai Pfaffenbach Livepic
BBC Film About Russian Hooligans Aimed to 'Scare UK Fans Away From World Cup'
Referring to the upcoming FIFA 2018 World Cup, set to be held in Russia, Mutko said that it would be similar to the Sochi Olympics, where the atmosphere "was stirred up at first, but then the [foreign] athletes arrived and immediately said that the conditions were perfect and fans were great."

Earlier on Friday, Kremlin spokesman Dmitry Peskov commented on the film, saying that the erosion of quality and objectivity in the United Kingdom's BBC broadcaster was evident and expressing regret over the documentary.

The 2018 FIFA World Cup will be held across venues in over 10 Russian cities in June and July 2018. The event will be the first ever World Cup to take place in Eastern Europe.