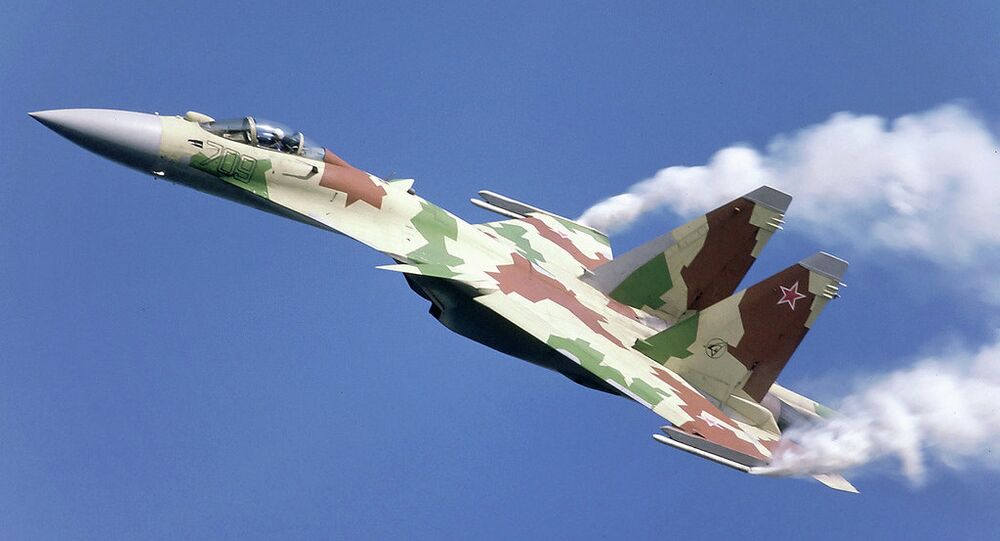 MOSCOW (Sputnik) — The Russian Aerospace Forces carried out on February 7-9 snap drills involving 46,000 personnel and some 1,800 pieces of military equipment.

"The inspection confirmed the need of a comprehensive approach to the protection of important infrastructure from air- and space-based strikes. It also proved the ability of the Aerospace Forces to accomplish the set tasks and to ensure the protection of the country from all modern and prospective air and space-based threats," Shoigu said at a meeting with top military brass in Moscow.

The combat strength of Russia's Eastern Military District was increased in 2016 to ensure the country's national interests in the Asia-Pacific region, Shoigu said.

© Sputnik / Grigoriy Sisoev
'Mass Attack' on Moscow Repelled in Russian Aerospace Forces Snap Check
"For this, the Eastern Military District conducted a great amount of work in 2016 to optimize the organizational structure, build up the troops' combat strength, equip units with new and modernized weapons and military hardware as well as to increase the intensity of operational and combat training," Shoigu said.

"As a result, the district's combat strength increased by more than 10 percent," he said.

Shoigu added that Russia's Defense Ministry would continue to test its system capable of countering air- and sea-launched cruise missiles in the Eastern Military District.