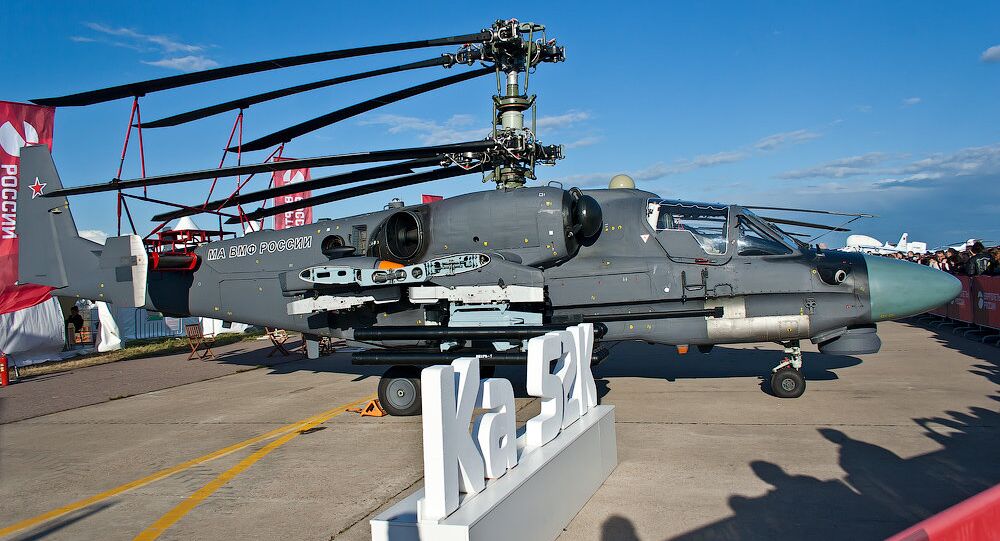 © Sputnik / Vitaliy Ankov
Russia Prepares to Supply Ka-52K Attack Helicopters to Egypt
The fuselage is covered with resilient anti-corrosion coating and is fitted with folding blades and wings.