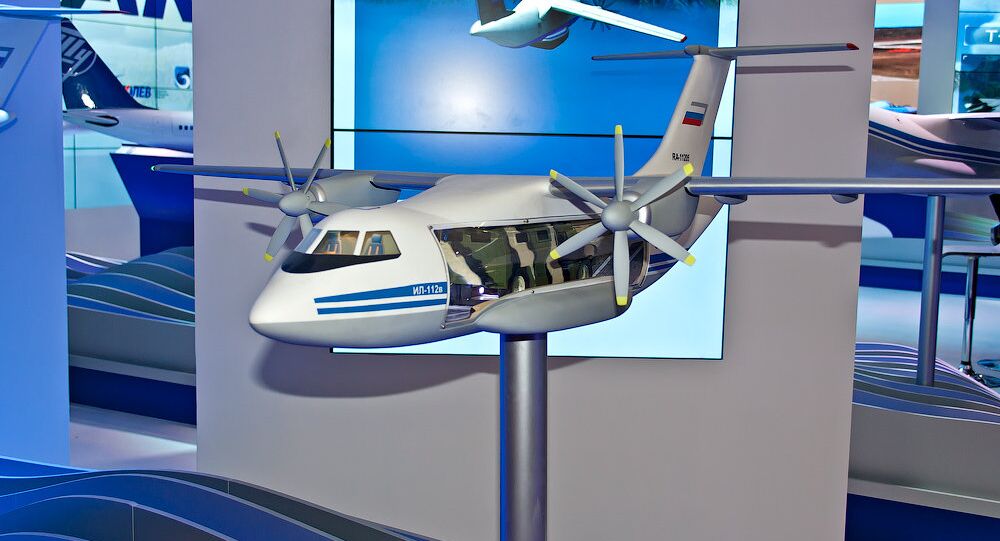 The first flight of the Russia’s new Il-112V military transport jet will be carried out until July 1, 2017, Russian Deputy Prime Minister Dmitry Rogozin said on Saturday during a visit to the Voronezh Aircraft Production Association (VASO) plant.

"Until July 1 this work must be completed and that is linked to a very difficult problem of how to combine various works … during such a short period of time in order to ensure the safe first flight by July 1," Rogozin said.

The deputy prime minister pointed out that Russian President Vladimir Putin had set the goal to make the jet ready in the summer of 2017.

Rogozin added that the Russian armed force needed the jet as it could ensure fast transporting personnel and vehicles.

The Il-112V is an Ilyushin-developed light military transport aircraft, designed for transporting and parachuting of military equipment and personnel, as well as of various cargos. The aircraft is considered to be a replacement for Russia's aging Antonov An-26 planes. Mass production of the plane is scheduled for 2019 at VASO after all state tests are completed.