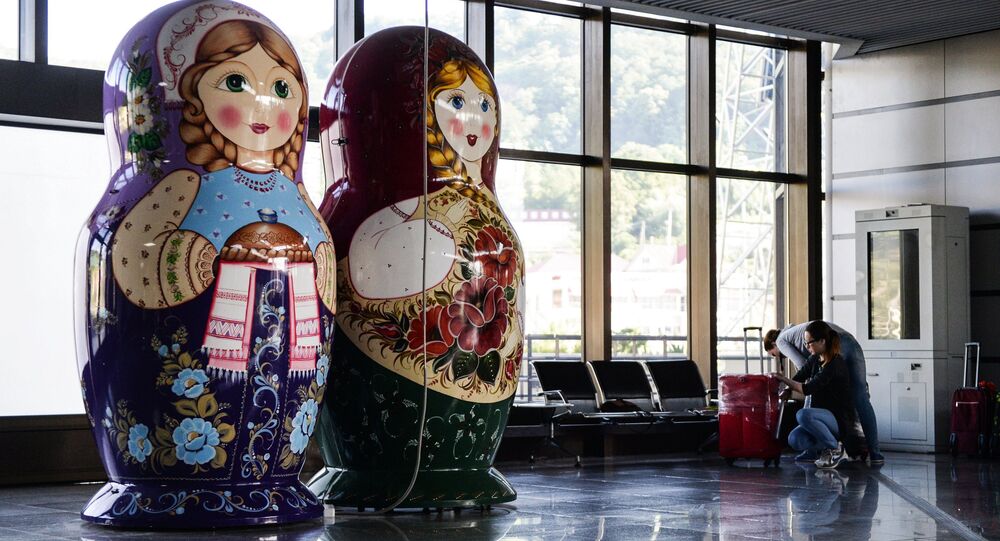 Capital outlays by the one million Chinese tourists who visited Russia in 2015 totaled nearly $1 billion, according to data from the Moscow tourism department. For that reason, Russian tour operators, have spared no effort to make their country an even more attractive destination for Chinese.

51% more Chinese tourists visited Russia in 2015 than a year before — welcome! pic.twitter.com/tQFuF50tIV

​The first delegation from Russian Black Sea city of Sochi will visit the Chinese city of Chengdu, Sichuan Province as early as March 2017 to meet with local tour operators to discuss the upcoming launch of direct flights between the cities, the Sochi Office for Tourism and Resort reported.

© Sputnik / Igor Yakunin
Holiday-makers on the beach in Sochi.

“At the meeting in Chengdu we will discuss the organization of a particular package tour with Chinese tour operators and air carriers,” the officials said.

“We estimate that a direct air link between Sochi and Chengdu will promote a growing number of Chinese tourists,” representatives of the Sochi Office of Tourism concluded.

Even when the direct flights start, Russian air operators will still have to survive the harsh competition of both far more renowned and equipped Moscow or Saint Petersburg airports, and their Chinese counterparts, who are already equipping tourists groups with transfer flights to Sochi from Moscow.

Sochi is still not as attractive of a tourist destination for Chinese travelers as Moscow or Saint Petersburg, the head of the Department of International Tourism in China’s largest tourist agency Utour Group told Sputnik.

“They still should take into account the cost of such a tour. Moreover, in Sochi there are few people speaking Chinese, no restaurants offering Chinese cuisine, and other services aimed at Chinese tourists,” he said.

“If we added to a flight to Sochi at an attractive price, it could attract tourists’ attention. I think Chinese tourists might also be interested in flights from Sochi to Moscow or Saint Petersburg; however, transfers take too much time and it makes them less attractive,” he added.

Chinese Utour Group operator has its own charter flights and tourists groups that reach Sochi through other travel destinations. Reportedly, costs play an important role in choosing tours. For example, an 8-day-long journey comprising visits to Moscow and Saint Petersburg costs 10,000 yuan (~$1,450). A route comprising Moscow, Saint Petersburg, cities of the Golden Ring and Sochi costs only 3-4,000 yuan (~$436 – 581) more.

“That makes tourists consider that they can see a lot more if they pay just slightly more,” Utour Group manager said.

However, Russia is beating France as a tourist destination for Chinese. Another representative of the same Chinese tour operator, Jean-François Zhou, explained 25% of Chinese visiting France in 2016 by the growing amount of rampant street crime, which mainly targets visitors from Asia.

“Chinese see Russia as a longtime friend and ally and that Russian literature and the revolution have had a great impact. The cheap ruble is also a factor, but the main reason is that in Russia Chinese tourists will not be assaulted and robbed like they are on the streets of Paris,” Zhou noted.

© AFP 2020 / OLGA MALTSEVA
A picture taken on September 4, 2015 shows Chinese tourists as they have their photo taken in front of Church of the Savior on Blood " in central St. Petersburg. Drawn by its Communist past and a visa-free regime, Chinese tourists are flocking to Russia in droves as it develops new routes touting "red tourism"

Besides, Russia definitely outdoes Europe when it comes to train travel. Operator Russian Railway Tours has various packages for travelers from China which include a 15-day-long tour from Beijing to Moscow onboard the luxurious train “Imperial Russia” with stops in major cities. It costs €5,150 (~$5,525). Their new 8-day-long “Tea Road” route from Manchuria to Irkutsk and Lake Baikal. The company predicted that the number of its Chinese tourists will grow by half in 2017.

From the Kremlin to Kamchatka's Hot Springs: Top 20 'Must See' Places in Russia