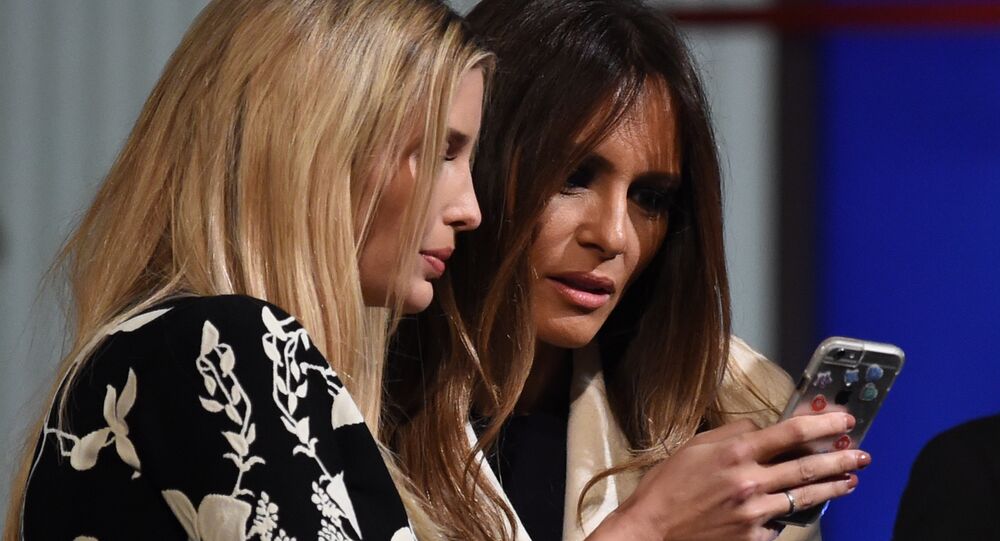 US “First Daughter” Ivanka Trump who suffers from aviophobia said that the SkyGuru app developed in Russia has helped her overcome her fear of flying.

When asked by Sputnik, the company’s marketing manager Kirill Ignatykov said that between January 19 and 25 Europe and North America led the regions where the app had been most downloaded.

According to Ignatykov, the SkyGuru team plans to develop an application to help people overcome agoraphobia and other fears.

“Our www.no-fear.ru application uses the very latest virtual reality technologies and tells people how best to control their phobias, from their fear of spiders, to fear of heights and of speaking in public,” Kirill Ignatykov said.

SkyGuru is an app that provides real-time explanations as to what and why certain things happen on board and what to expect during your flight by using professional aviation data. In this way, travelers can feel like they are sitting next to the pilot.

SkyGuru can forecast turbulence zones along the flight and set an estimated time for entering each of them and its duration.

It also sends a warning signal several minutes before entering into turbulence, and explains the reasons for it along a particular fight path.

It also calculates the real travel time, taking into account the wind and explains any possible delays of the flight or its take-off. SkyGuru also shows a 3D model of the planes position in the air.

Ivanka Trump Fights Her Fear of Flying With Russian App