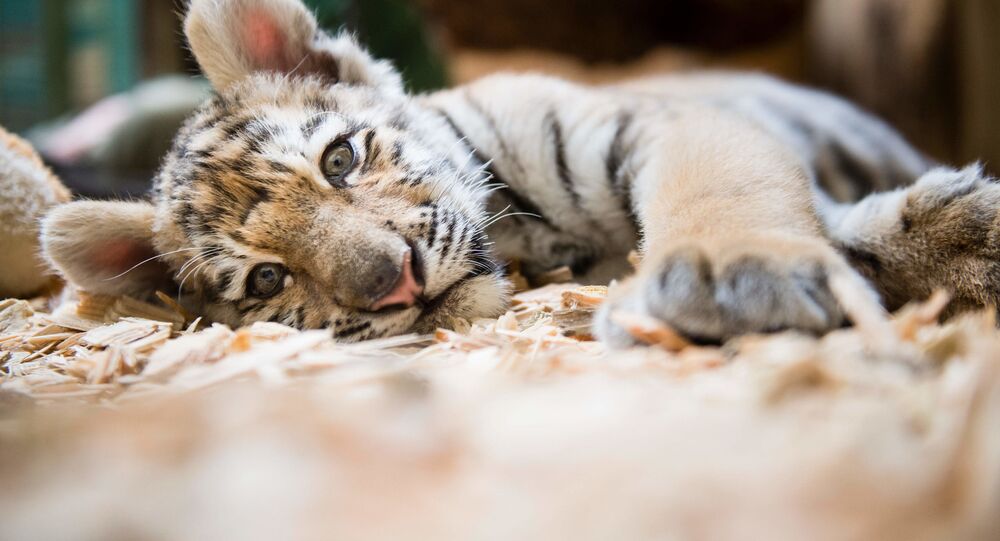 A tiger cub attacked by unknown poachers in Russia’s Primorsky Territory has undergone surgery and is slowly recovering. The condition of the little feline martyr is now stabilized, Head of the Far Eastern branch of the "Amur tiger" center Sergei Aramilev told RIA Novosti.

© Photo : Pixabay
From Outhouse to Penthouse: Turkish Family Builds First Village for Stray Cats (PHOTOS, VIDEO)
On January 13, the tiger, presumably 5-7 months old, was found in the Pozharsky District of Primorsky Territory with its skull and eyes injured. The cub was immediately taken to the Center of Rehabilitation and Reintroduction of Tigers and Other Rare Animals in the village of Alekseyevka.

The tiger's condition was too serious; the fact that the wounded animal survived could be called a miracle. According to the center's experts, the poachers' bullet brought the little predator to the brink of death.

© Sputnik / Vitaliy Ankov
Scientists Seek to 'Resurrect' Tiger Species in Central Asia
Due to the tiger's injury, its' eyelids were traumatized, stuck together and inflamed. "The wound was treated and the inflammation was removed. The surgeon also straightened the nasal septal bones to improve the tiger's breathing, and set the jaw," Aramilev said.

When the wild cat goes through a full course of rehabilitation, it will be release into the wild. In the meantime, police have opened a criminal case and are looking for the poachers. A reward of 150,000 rubles was appropriated for accurate information about the circumstances of the incident.

This is Kroshik, a Very Socialized Seal Cub Who Loves His New Pool

The Cat in the Flat: Moscow Man Keeps Huge Lynx in His Home