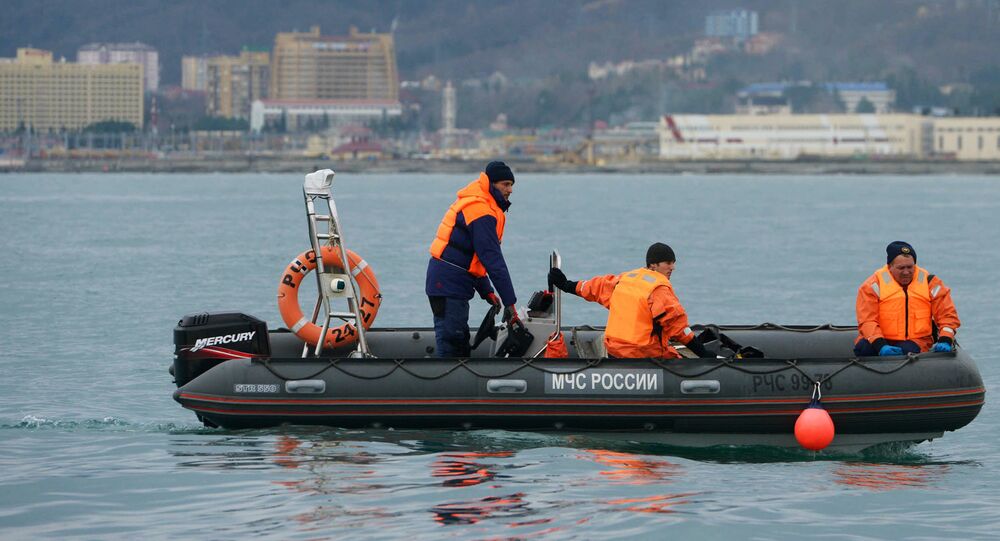 In late December, Russia's Tu-154 passenger plane crashed in the Black Sea. None of the 92 people aboard survived.

"In the Black Sea, rescuers from the South regional Emergencies Ministry search and rescue unit and divers continue the scheduled work. We have organized constant cooperation with our colleagues in the Defense Ministry… It will continue as long as needed," Puchkov told RIA Novosti.

© REUTERS / Stringer/File
China Grieves Over Tragic Death of ‘Russian Pride’ Choir Members in Tu-154 Crash
On December 25, 2016, the Russian Defense Ministry's Tu-154 plane heading from Moscow to Syria crashed shortly after refueling and take-off from the Russian southern city of Adler, near Sochi.

Main Phase of Tu-154 Search And Rescue Operation Over