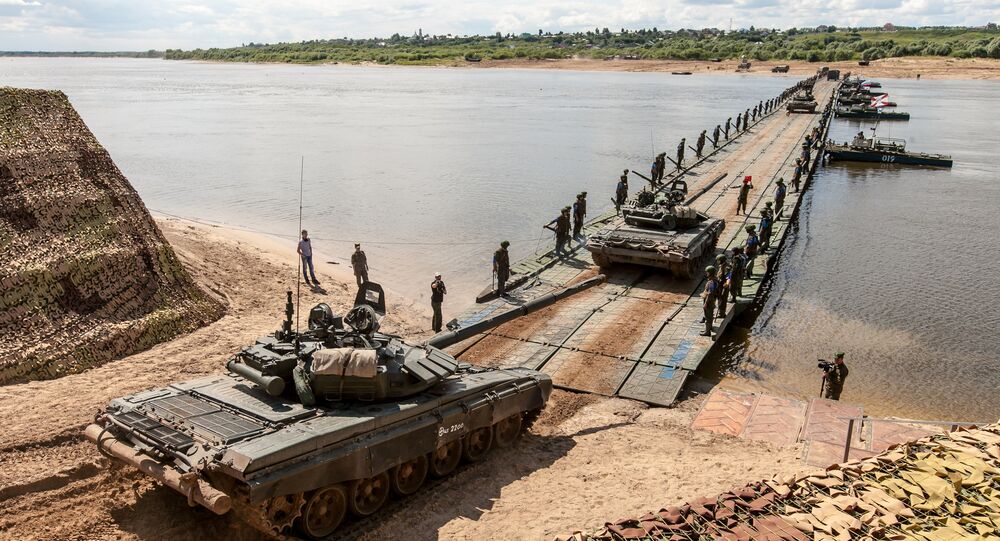 MOSCOW (Sputnik) – The Zapad 2017 exercises will be held as a part of general preparatory system drills.

"In 2017 the participation of Engineer Troops is planned in general preparatory system drills, the main of which are the joint strategic drills of the armed forces of Belarus and the Russian Federation Zapad 2017," Stavitsky said.

© Sputnik / Sergey Guneev
Russian Troops in Tajikistan Hold Counterterrorist Drills – Central Military District
He added that a delegation from Belarus, as well as delegations from Egypt, Afghanistan and Serbia, among others, visited the International Mine Action Center of the Russian Defense Ministry in 2014-2016.

Servicemen from Armenia, Afghanistan, Zimbabwe, Myanmar and Turkmenistan will undergo training at the International Mine Action Center this year, according to Stavitsky.