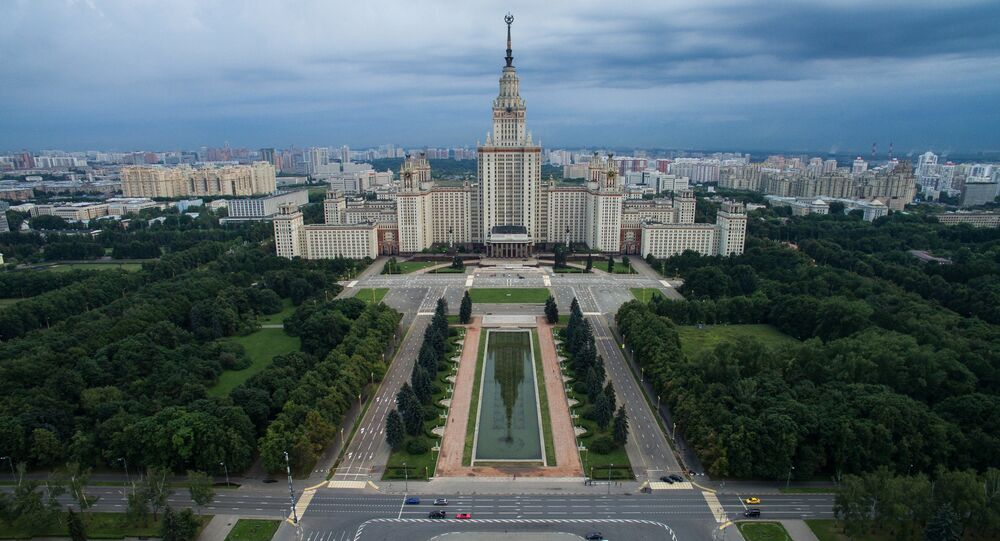 This year Lomonosov Moscow State University (MSU), named Russia’s best institution of higher education in 2016, will add a department of space sciences to its long list of 42 faculties to focus on mathematics, astronomy, biology, chemistry and informatics, the university’s rector Viktor Sadovnichy said.

“The new department will deal with things we still know very little about – space, black holes, and people's behavior in zero gravity. It will be training specialists in space-related fields with emphasis on fundamental sciences. Our potential here is second to none,” Sadovnichy said during an open-door meeting on Tuesday.

He added that with the construction of the Vostochny spaceport in the Far East Russia urgently needs specialists in various fields of space research and this is where Moscow State University can help.

© Sputnik / Sergey Mamontov
New Research on Near-Earth Space to Start With First Launch From Vostochny
The university has one of the most powerful supercomputers around which, besides catering to the needs of its more than 500 research teams, is also used by many institutes of the Russian Academy of Sciences and other scientific centers from across the country.

Lomonosov Moscow State University has even launched six satellites of its own making. One of them, aptly named Lomonosov, became the first to be launched into space from the Vostochny space center.

“We are maybe the only university around capable of building and launching its own satellites. The Lomonosov, which we launched from Vostochny in April 2016, is a space station bristling with dozens of instruments studying outer space and the Earth’s atmosphere. Since the start of the space era our students and post-graduates have designed and built over 400 instruments that have at various times worked in space,” Sadovnichi continued.

The new department will open in September as part of an agreement on joint research, educational and design work the university signed with Roscosmos space agency in 2015.

The department will conduct fundamental and applied research, study the physical and psychological effects of longtime space travel on humans and develop computer software for intellectual aerospace trainers and many other things.

It’s the largest of all Russian universities and one of the oldest, founded in 1755 and currently educating around 47,000 students, the majority of which are studying at graduate level.