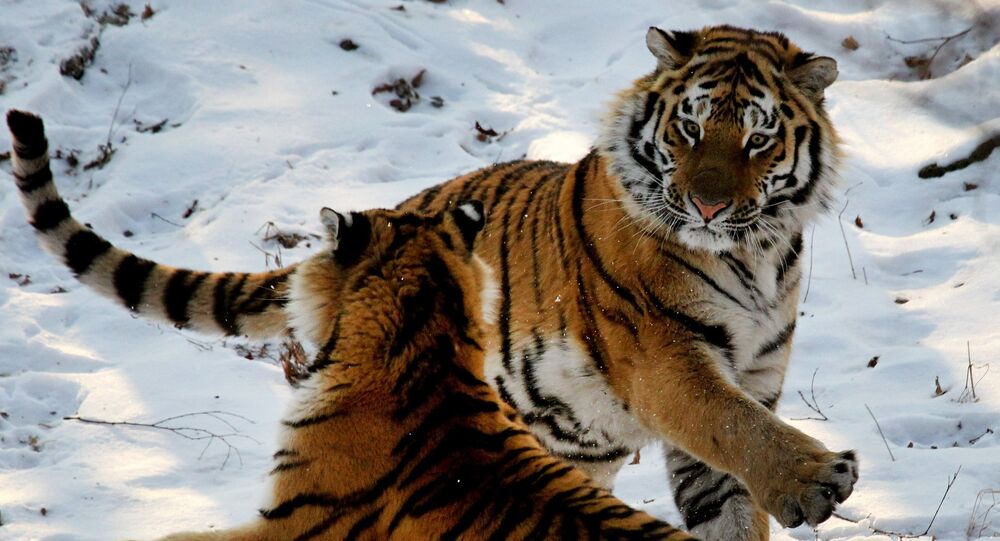 Russian and foreign ecologists want to restore the population of the now extinct Caspian tigers by relocating tigers from other parts of Asia to the territories once roamed by the world’s biggest felines, according to an article in Biological Conservation journal.

"The idea to re-establish tigers in Central Asia by bringing in their genetically similar species of the Amur tigers has been discussed for nearly a decade now. The idea is quite tenable but we need to know the possible consequences the proposed return of tigers to the Caspian steppes could have on the local environment,” Mikhail Paltsin, a representative of the Russian branch of the World Wildlife Fund, said.

Caspian tigers (Panthera tigris virgata) lived in the forests of Central Asia along river valleys and were separated from other tiger populations. During the 1920s their population began to dwindle due to active hunting, shrinking habitats and the lack of food.

Mikhail Paltsin and his colleagues analyzed the conditions the Amur tigers once existed in and found an uninhabited area on the shores of Lake Balkhash, the Ili river delta and adjacent lakes in Kazakhstan, which could support a population of up to 100 tigers for a period of over 50 years.

Since the Caspian tigers are genetically similar to the Amur tigers  and their population has notably increased in recent years, Mikhail Paltsin believes that the relocation of several species to Balkhash could do no harm.

Still, re-establishment of tigers in Central Asia could be possible if it is preceded by efforts to restore local prey populations, Ili river water supplies remain stable and the Amur tigers manage to adapt to the arid conditions of the introduction site.