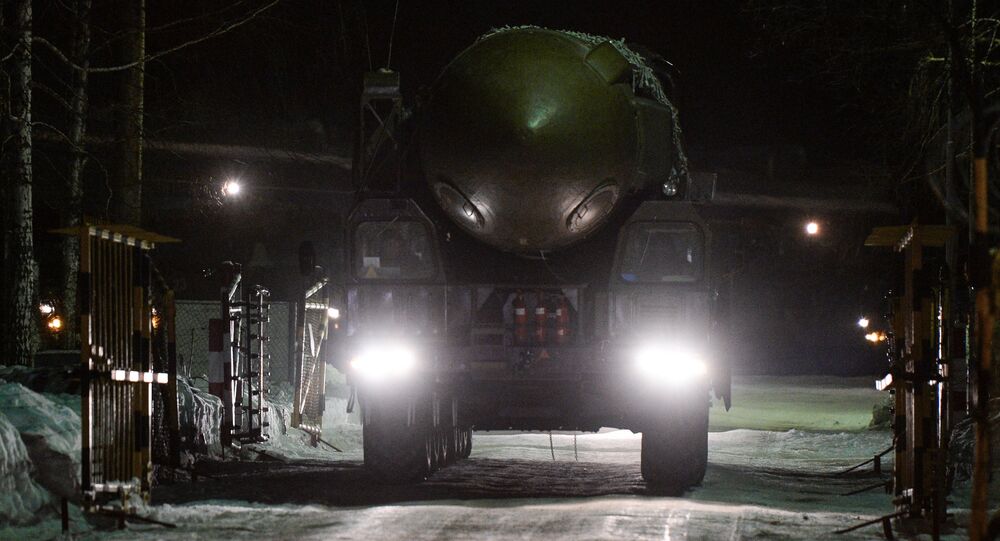 MOSCOW (Sputnik) — According to the document, the test launch was carried out to confirm combat capabilities and reliability of Topol-M ICBMs.

"The simulated warhead hit a designated target at a firing range on the Kamchatka peninsula with high precision," the ministry said in a press release.

© AFP 2021 / ALEXANDER NEMENOV
As Many as 99% of 400 ICBMs of Russia's Strategic Missile Forces in Combat Readiness
The Topol-M single-warhead ICBM (NATO reporting name SS-27) is an upgraded version of the RS-12M Topol missile. The development of the Topol-M was initiated by the Moscow Institute of Thermal Technology (MITT) in late 1980s. The first missile was test fired in December 1994.

The ballistic missile has a maximum range of about 11,000 kilometers (6,835 miles) and can carry a nuclear warhead with a yield of up to 550 kilotons. The missile can be deployed on both silo-based and mobile land-based launch platforms.